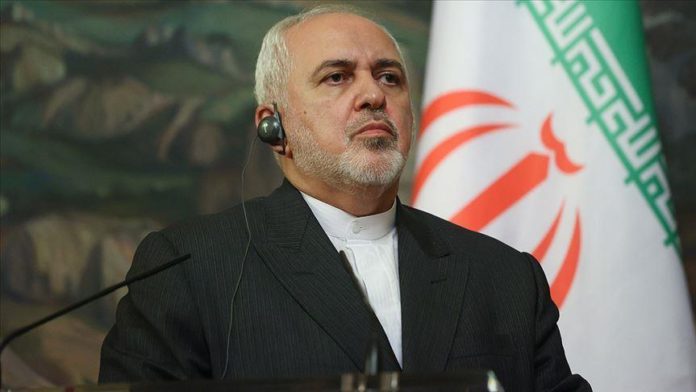 Iran’s Foreign Minister Javad Zarif on Thursday ruled out renegotating the 2015 nuclear accord, asking the US and Europeans to return to full compliance “without pre-conditions.”

Addressing a virtual session of the Mediterranean Dialogue meeting, Zarif said the Joint Comprehensive Plan of Action (JCPOA) provides for Iran “not implementing its obligations” if the other parties, the US and Europeans, fail to implement theirs.

His remarks came a day after Iran’s top supervisory body gave its nod to parliament’s strategic action plan, which requires the government to speed up nuclear enrichment activities.

The government and parliament have been at loggerheads over a response to the killing of Iran’s top nuclear scientist Mohsen Fakhrizadeh, which has threatened to re-ignite tensions with the West.

Parliament’s plan, which was approved by the Guardian Council, a constitutionally-mandated body empowered to vet legislation, requires the government to resume 20% uranium enrichment.

It also calls for ending voluntary implementation of the Additional Protocol to the Nuclear Non-Proliferation Treaty (NPT), giving the government a one-month deadline to suspend the protocol’s implementation.

Zarif said the government was opposed to the plan, called the “Strategic Action to Lift Sanctions,” but it is obliged to the country’s laws and will implement the plan if it takes the shape of law.

He, however, defended the action to “reduce commitments” under the JCPOA, citing a lack of cooperation from the US and E3 (France, Germany and the UK) as well as “national sentiments” in the wake of Fakhrizadeh’s killing.

Iran’s top diplomat termed the killing of Fakhrizadeh “an act of international aggression” and said the three European countries have “failed to condemn” it.

On the possibility of negotiations with the new US administration, Zarif said the US has “commitments” under UNSC Resolution 2231, and it “cannot set conditions” for full compliance.

“We will not re-negotiate a deal which we negotiated. The deal was about give and take, not about one side asking and the other side giving,” Zarif said.

He said the negotiations, which lasted two years, were based on “mutual mistrust,” due to which the two sides put in place a “mechanism” allowing them to reduce their commitments or withdraw.

“Go back to full compliance, normalize Iran’s economic relations with the world, stop making new conditions or outrageous demands,” Zarif said, referring to the US and E3. “As soon as you do that, we will immediately return to full compliance.”

He said parliament’s decision was “intended to bring the US back to the nuclear deal.”

On the issue of Iran’s missile program and regional security, Zarif said the West “must end its malign behavior” in the region, referring to support for Israeli crimes in Palestine.

He also condemned recent normalization deals between Israel and some Arab states, warning them against joining hands with Israel in its fight with Iran.

“We are their neighbors. We will be in this region together,” he said, referring to the United Arab Emirates and Bahrain. “I don’t believe they want to allow Israel to bring the fight here.”