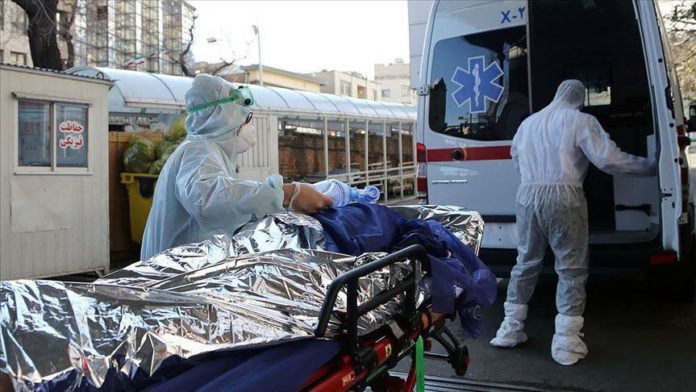 Iran recorded the highest single-day cases of coronavirus on Tuesday since the outbreak almost eight months ago, as a third wave of the pandemic grips the country.

Health Ministry spokesperson Sima Sadat Lari said that 3712 fresh cases and 178 fatalities were registered in the past 24 hours.

It marked the highest single-day jump in virus cases since February 19, when the first two cases of the novel coronavirus were identified in the city of Qom, 140 km south of Tehran.

The previous highest single-day COVID-19 cases (3,574) were reported on June 4 in the middle of the second wave of the pandemic in Iran.

In recent weeks, Iran, one of the first countries in the region to battle the pandemic, has seen a significant surge in new infections and fatalities.

The majority of cases have been reported from Tehran, where all restrictions have been gradually eased, drawing criticism from health activists.

Health Minister Saeed Namaki, expressing concern over the fresh spike in virus cases, said Iran was in the grip of a third wave after managing to overcome first two waves.

Talking to reporters on Tuesday, Namaki said Iran “will not be able to fight the vicious virus” unless the people comply with health advisories.

Deputy Health Minister Iraj Harirchi said the new wave is characterized by “high intra-family transmission”, warning of the genetic mutation of the virus.

Earlier on Thursday, Harirchi said all parts of the country should be deemed “red zones” now.

“We no longer have orange and yellow (zones),” he told reporters, referring to categorization on the basis of perceived COVID-19 threat. “The whole country is in a state of red.”

Alireza Zali, who heads the anti-virus task-force in Tehran, also confirmed the third wave, which he said was different from the previous two waves.

According to Zali, the number of hospitalizations has increased under the third wave, fearing that the admissions in intensive care units (ICUs) might see an increase in coming weeks.

Health ministry officials blame the fresh spike in the virus cases on out-station trips in last few weeks, as Iranians normally enjoy travelling in the month of September before winter kicks in.

Turkey to devise water policy based on council meeting