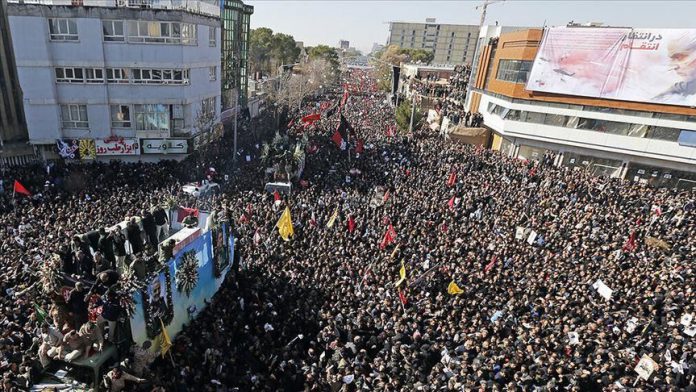 The body of Qassem Soleimani, the head of Iran’s Islamic Revolutionary Guards Corps’ Quds Force, was buried at dawn Wednesday in his hometown of Kerman in the country’s southeast.

According to Iranian state television, Soleimani was buried after the funeral ceremony, set for Tuesday, was postponed twice due to the size of the crowd.

The burial process, reported the same source, took place moments after missile attacks were launched by the Islamic Revolutionary Guards Corps (IRGC) on Ain al-Assad airbase in Anbar province in western Iraq and another base in Erbil, both of which hosted U.S. troops.