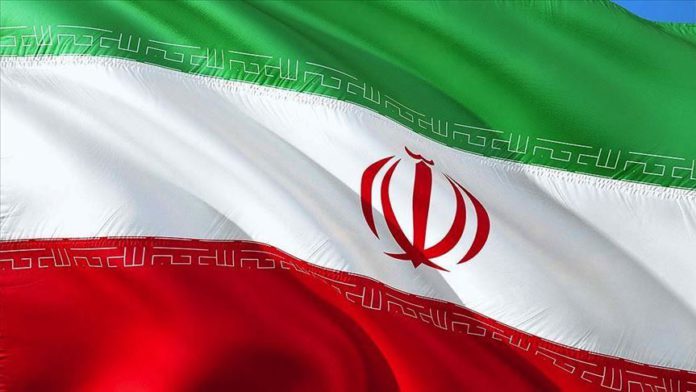 In a statement, Iran’s Foreign Ministry called it a “momentous day for the international community,” which it said has protected the UN Security Council Resolution 2231 and the 2015 nuclear deal.

“As of today, all restrictions on the transfer of arms, related activities and financial services to and from the Islamic Republic of Iran, and all prohibitions regarding the entry into or transit through territories of the UN member states previously imposed on a number of Iranian citizens and military officials are all automatically terminated,” said the statement.

It further said that Iran may procure “any necessary arms and equipment from any source without any legal restrictions based on its defensive needs” and “export defensive armaments based on its own policies.”

Foreign Minister Javad Zarif, who led the diplomatic efforts to end the embargo, termed it a “win for the cause of multilateralism and peace and security in our region.”

Speaking at a Cabinet session Wednesday, President Hassan Rouhani announced that the lifting of the “unjust embargo” would enable Iran to “sell our weapons to whoever we like and buy arms from anybody we want.”

The Rouhani government, which has been battling an unprecedented economic recession in the wake of US sanctions, hailed the end of the arms embargo as one of the biggest diplomatic victories for Iran.

“We have fought the US for four years on the issue,” he said, appearing upbeat. “For four years, the US did everything it could to not let Oct. 18, 2020 happen, but the day has come.”

“Iran will act based on its rights and needs and will begin interactions on the same day,” he said, obliquely referring to multiple arms deals that are reportedly in the offing.

His remarks came after Russia’s ambassador to Iran Levan Dzhagaryan said Moscow recognizes the expiration of the UN arms embargo on Iran and is ready to sell Tehran its advanced S-400 air defense system.

According to diplomatic and military sources, the two countries have been in talks to expand defense cooperation after Oct. 18 in defiance of US sanctions.

The main agenda of Zarif’s visit to Moscow last month was to discuss ways of countering US attempts to trigger the re-imposition, or snapback, of UN sanctions, including an arms embargo.

According to sources, the two countries are interested in buying and selling a wide array of conventional weapons to each other.

Russian officials have said that there would be “no limitation” on arms trade between the two sides after Oct. 18, which experts fear could escalate tensions with the US.

While Iran will mainly be looking to Russia and China as potential markets to meet its arms requirements, it has made it clear that it would resume arms trade once the embargo ends.

On Saturday, Khatibzadeh said Iran today meets 90% of its defense requirements at home, suggesting that arms purchases may not be on a big scale.

He said Iran was allowed to purchase defense systems like the S-400 before Oct. 18 , but such transfers have ”never materialized despite some expression of interest.”

Experts say Iran has made significant progress in recent years in developing surface-to-surface missiles and medium and long-range ballistic missiles after facing the international embargo.

However, the question of “self-sufficiency” in arms production as stated by some senior Iranian military officials could be far-fetched.

Sadrodin Mosavi, a senior political analyst and university lecturer, said there are few countries in the world that are “absolutely self-sufficient” in arms production.

“There is no doubt that Iran has made great achievements in this area, but naturally it needs more sophisticated weapons to bolster its security,” he told Anadolu Agency.

He said Iran is likely to import arms from Russia, China, India, and some European countries, while there could also be potential customers for Iran’s domestically produced weapons.

The UN Security Council in August rejected a resolution introduced by the US to indefinitely extend the arms embargo on Iran. Russia and China especially opposed prolonging the ban.

A month later, the Trump administration announced the return of all UN sanctions on Iran under UN Security Council Resolution 2231, which was the basis of the 2015 nuclear pact between Iran and the P5+1 (the permanent members of the UN Security Council — the US, UK, Russia, France, and China, plus Germany) along with the EU.

Under the “snapback” clause, the arms embargo on Iran is extended by default, and it imposes severe restrictions on Iran’s nuclear program and enrichment activities.

However, Iran and the remaining signatories of the 2015 nuclear accord, including European allies of the US, rejected the move, saying the US pulled out of the deal in May 2018.

Now, with Iran announcing the resumption of arms trade, tensions between the two long-time adversaries are likely to escalate further, coinciding with the US presidential election.

US officials have often accused Iran of supplying weapons to militia groups in the region and fear that arms trade between Iran and its allies China and Russia will surge after Oct. 18.

“No matter who you are, if you violate the UN arms embargo on Iran, you risk sanctions,” Pompeo said. “Our actions today are a warning that should be heard worldwide.”

Ahmadi said the US will be putting pressure on the countries not to sell weapons to Iran but they would be doing that “regardless of their position on the embargo”.

“The lapsing of the arms embargo is more important to Iran due to the symbolism of Iran’s isolation sunsetting and America being diplomatically abandoned on its Iran policies rather than because of any plans to purchase [French] Rafale squadrons,” he said.

Mosavi agreed that the issue is not simply about selling or buying weapons, but it underlines the “ineligibility of the US to enforce the snapback [of UN sanctions]”.

Meanwhile, all eyes are on the results of the US presidential election, which will determine the response of the US and possibility of escalation between the two sides, say experts.