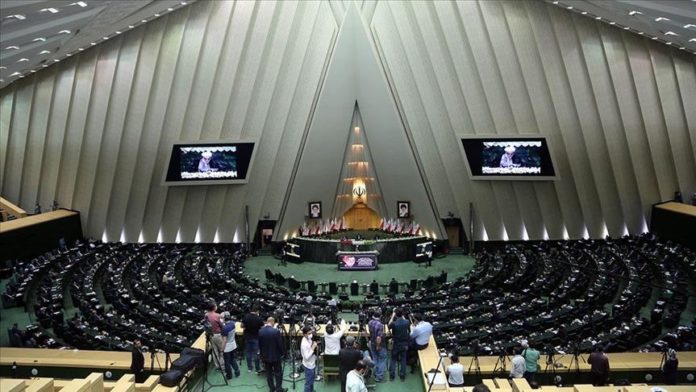 Iran’s parliament speaker on Tuesday announced that the country’s “strategic action plan” to counter US sanctions had become law, even though the government continued to oppose it.

In a statement, Mohammad Baqer Qalibaf issued a letter to the head of the official gazette, asking him to publish the law aiming “to protect the interests of the people of Iran.”

It came after President Hassan Rouhani refused to sign the controversial bill, titled Strategic Action to Lift Sanctions, as his government called for consensus on what it said was an “important issue”.

According to legal experts, once the bill goes through all the legal processes, the president is required to approve it and announce its implementation.

However, if the president fails to sign the legislation in the required time period, the official gazette will be obliged to publish it by the order of the parliament speaker.

Lawmakers passed the law last week and it was subsequently approved by the Guardian Council, the country’s top supervisory body, despite the government’s stiff opposition.

The government had warned that the move, which came in response to the assassination of Iran’s top nuclear scientist Mohsen Fakhrizadeh, could be “harmful” for diplomatic activities.

Requiring the government to resume 20% uranium enrichment and increase stockpiles of low-enriched uranium, the law also calls for an end to implementation of the Additional Protocol, a voluntary agreement on nuclear enrichment between the International Atomic Energy Agency and signatories of the nuclear Non-Proliferation Treaty, including Iran.

On Thursday, Iran’s Foreign Minister Javad Zarif said the government was opposed to the plan but would be obliged to implement it if it was passed into a law.