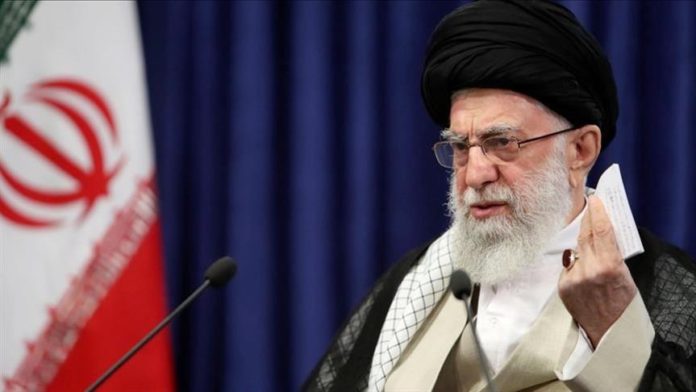 His remarks came in a televised address to mark the anniversary of 1978 uprising in the northern Tabriz city against the Pahlavi rule.

Khamenei said Iran’s nuclear energy program was designed to “preserve the country’s independence” even as talks continue between Tehran and world powers in Vienna to salvage the 2015 nuclear deal.

“We too will be in urgent need of peaceful nuclear energy sooner or later. If we do not think about this today, tomorrow will be too late and our hands will be empty then,” he said, adding that the world is becoming “increasingly reliant on nuclear energy.”

The Iranian leader stressed that Iran’s nuclear program was “peaceful”, dismissing claims made by Western countries that Tehran is seeking a nuclear bomb as “absurd and senseless”.

“We seek peaceful use of nuclear energy. They know this, but they want the Iranian nation to face difficulties when it needs nuclear energy in the future,” Khamenei said.

Khamenei said apart from ongoing efforts in Vienna to lift sanctions, Tehran will continue efforts aimed at boosting domestic production and neutralizing the impact of sanctions.

His remarks came a day after Iran’s lead negotiator in Vienna, Ali Bagheri Kani, announced that the parties were “closer than ever” to clinch an agreement, with a caveat that “nothing is agreed until everything is agreed”.

“Our negotiating partners need to be realistic, avoid intransigence and heed lessons of past four years,” Kani said, adding that it was the “time for their (US and Europeans) serious decisions”.

The marathon talks underway since last April resumed in November under the new government in Tehran, which has adopted a tougher stance, conditioning the revival of the landmark deal on the removal of sanctions, verifications and guarantees.

Khamenei criticized the pact reached under the previous Iranian administration in 2015, saying “certain points” were not included in it, which led to “problems”.

He said “resistance” against the “arrogant powers”, referring to the US and its allies, had spread throughout the region, adding that it should continue.

Iran and the US have been bitter foes since the 1979 revolution, which overthrew the US-backed Pahlavi rule. The events led to the takeover of the US Embassy in Tehran, followed by a 444-day hostage crisis, which led to a complete breakdown in their diplomatic ties and sanctions on Iran.

In 2015, the two arch-foes signed a nuclear deal under which sanctions were eased on Iran. But, in May 2018, former US President Donald Trump withdrew from the deal, putting the two countries back on the warpath.