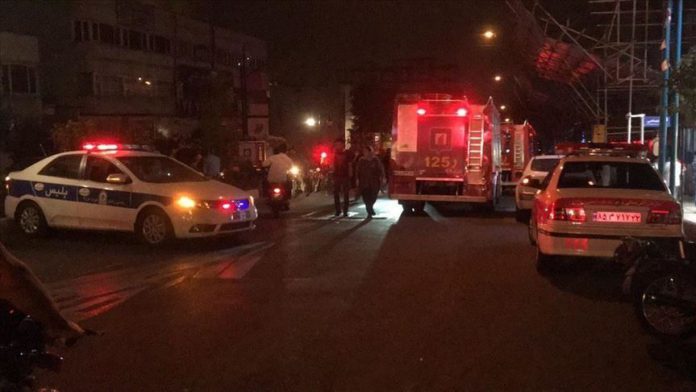 In another in a series of seemingly mysterious incidents, a fire broke out at a power plant in Iran’s central Isfahan province on Sunday, according to local officials.

No casualties were reported in the incident and the electricity supply was not disrupted, Saeed Mohseni, managing director of the provincial electric company, told the official IRNA news agency.

The blaze was the result of an explosion of 230 KV power transformer at a substation of the power plant, said the provincial electric company, blaming “wear and tear on the transformer.”

The substation returned to normal in two hours and the damaged equipment was being “repaired and replaced”, Mohseni said.

The power plant, constructed about 50 years ago, provides electricity to the main city of Isfahan, with around 500 MW generation of electricity at present.

Sunday’s incident is the latest in a series of mysterious blazes that have rocked Iran in recent weeks, many of them close to key military and nuclear facilities as well as industrial centers and power plants, triggering suspicions of sabotage.

On Wednesday, at least seven ships were destroyed in a blaze that engulfed a shipyard in the southwestern port city of Bushehr, on the coast of the Persian Gulf, close to the country’s only nuclear power plant.

Iranian officials have categorically denied reports of “foreign hands” in these incidents, which began on June 26 with an explosion near Parchin military site in northeast Tehran.

However, the most stunning incident was reported on July 2 at the Natanz nuclear facility, 249 kilometers (155 miles) south of Tehran, which damaged an “industrial shed” close to the main facility.

Investigations into the incident, according to sources, have pointed to “foreign hands.” Without denying or confirming it, officials have vowed a strong response if foreign involvement is proven.

Iraq's Kurdish region to hand over oil to Baghdad

August 15, 2021
We use cookies to ensure that we give you the best experience on our website. If you continue to use this site we will assume that you are happy with it.Ok