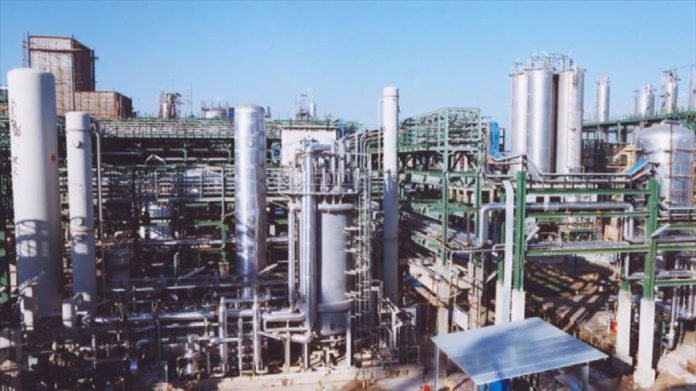 To reduce the overwhelming dependence on crude oil exports, which have been hit hard by sanctions, Iran is slowly shifting focus towards petrochemicals, the country’s second-largest export industry.

Three major petrochemical projects worth $1.6 billion were inaugurated on Thursday as part of efforts by the Iran government to boost non-oil revenue at a time when oil exports have plummeted.

The country’s Lorestan Petrochemical Catalyst Production Unit, which has an annual production capacity of 100 tons of catalysts required to produce polyethylene, is located in the western Lorestan province.

In a clear indication that Iran is vigorously pushing ahead with petrochemical sales, Oil Minister Bijan Zanganeh said 13 more projects would be launched by March 21, 2021 — the end of the current Iranian fiscal year.

The total investment in new projects by the end of next fiscal year — March 21, 2022 — Zanganeh added, would be $17 billion (27 projects), which will go further up to $37 billion in the next four years.

Iran’s economy, traditionally dependent on oil exports, has withered in recent years with the US government reinstating crippling economic sanctions.

As a viable alternative to oil exports, the government sees potential in the production and sale of petrochemicals. A total of 55 Iranian petrochemical companies produced 31 million tons of petrochemical products in the last fiscal year that ended on March 21, while exports generated $9.5 billion in revenue.

Of the total output, 23 million tons were exported to international markets and 8 million tons sold inside the country. The total revenue generated from its sale stood at $14.5 billion, according to the Oil Ministry’s news portal.

The foreign export of 23 million tons of petrochemicals in the last fiscal helped in compensating for the loss of 20% oil revenue due to sanctions, according to officials.

While figures may paint a rosy picture, not everything is hunky-dory though. This industry too has come under the hammer of sanctions.

Before that, in June 2019, the US government had sanctioned Iran’s largest petrochemical group, Persian Gulf Petrochemical Industries Company, accusing it of providing “financial support” to the Islamic Revolutionary Guard Corps.

The tensions between Iran and the US escalated after President Donald Trump announced a unilateral exit from the 2015 Iran nuclear deal in May 2018 and reinstated sanctions that had been eased by his predecessor.

Iran’s oil industry has been hit hard by the sanctions, with many countries cutting down oil imports from Iran, fearing backlash from the US. The petrochemical industry has filled that gap, only to some extent.

Bangladesh to hold 3 by-elections amid pandemic