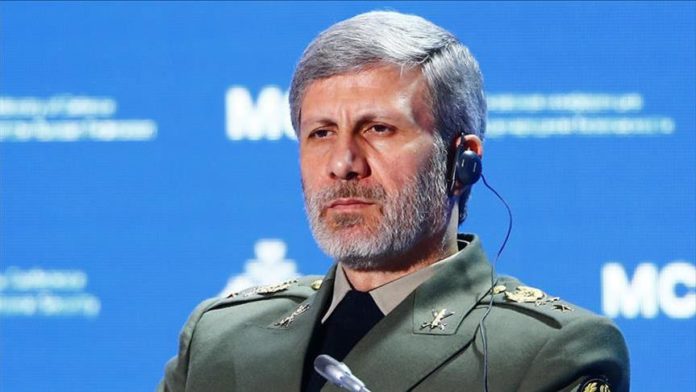 Singh arrived in Tehran on Saturday for an unscheduled stopover on his way back from Moscow after a three-day visit during which he attended a Shanghai Cooperation Organization (SCO) summit.

The Iranian government said in a statement on Sunday that talks between the two sides covered bilateral, regional and international issues.

Singh’s visit was the first by a top Indian government official to Iran since the killing of Iran’s military commander Gen. Soleimani in a US drone attack this January, which led to simmering tensions in the region.

In his address to the SCO summit, Singh voiced deep concerns over the situation in the Persian Gulf region, calling on countries in the region “to resolve differences by dialogue.”

According to informed sources in Iran’s Defense Ministry, the two sides also discussed recent tensions between Tehran and Washington and US attempts to reinstate pre-2015 sanctions on Iran.

The issue of normalization of ties between the United Arab Emirates (UEA) and Israel also figured in the discussions, according to sources. While Iran strongly denounced the move, India welcomed the UAE-Israel deal.

Recent tensions between India and China in the disputed Kashmir region also came up for discussion.

Iran’s relations with Beijing have significantly improved in recent years, and both sides are currently in talks to sign a mega deal. On the other hand, India’s ties with China have deteriorated.

The peace process between the Afghan government and the Taliban in Afghanistan was also discussed in the talks.

Singh’s visit to Tehran is seen as significant by regional observers, coming against the backdrop of recent developments at Iran’s port of Chabahar, where Iran reportedly dropped India from a lucrative project.

Both countries have been involved in the development of the port, which links India with Afghanistan. Observers see Iran as India’s gateway to Central Asia and Afghanistan.

5 Yemenis killed in Houthi shelling on residential area in Marib...