TurkishPress
Home News Iran in 2020: Under shadow of assassinations, sanctions 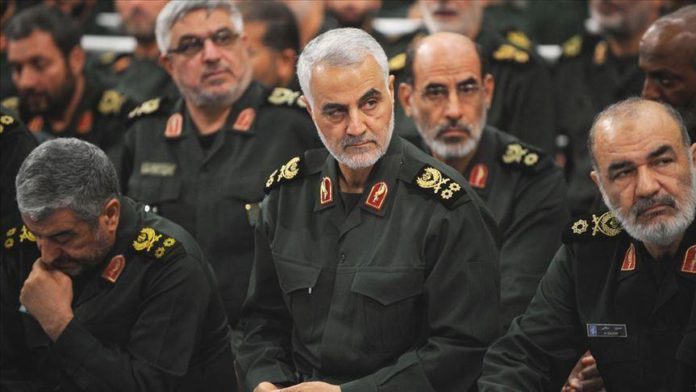 Events that have taken place in 2020 have deepened the ongoing crisis in Iran, which is already experiencing difficult times due to US sanctions.

In 2020, thousands of Iranians have lost their lives due to the coronavirus pandemic and several social events. Political crises have further increased Iran’s international isolation.

The most shocking event of the year for Iran was the killing of top Iranian General Qasem Soleimani in January.

Soleimani was killed along with Abu Mahdi al-Muhandis, the deputy leader of Iraq’s Hashd al-Shaabi militia or Popular Mobilization Forces (PMF) in a US drone airstrike outside Baghdad International Airport on Jan.3 of this year.

Soleimani, who was called the “living martyr” by Iran’s Supreme Leader Ali Khamenei, was the key person in determining Tehran’s regional policies.

On Jan. 5, Iran announced that it will no longer comply with any commitments under the 2015 nuclear deal signed with world powers.

On Jan. 7, at least 56 mourners were killed and 213 others injured in a stampede during the funeral for Soleimani in Iran.

On Jan. 8, Iran targeted Ain al-Asad airbase housing US and coalition troops with dozens of missiles. While Iranian authorities claimed that at least 80 US soldiers were killed, Washington denied any casualties.

On the same day, a Boeing 737-type passenger plane belonging to Ukraine crashed near Tehran, killing all 167 passengers and nine crew members on board.

Struggle against COVID-19, US sanctions

Iran has been struggling to contain the pandemic since this February, when the first cases were confirmed in the city of Qom.

Iran confirmed a total of 54,814 virus-related deaths and over 1.2 million infections so far. Over 5,200 patients were in critical condition, while recoveries surpassed 960,700.

In a country with a population of 83 million, more than 7.4 million tests have been administered to date.

Iranian officials have repeatedly said that the country cannot purchase COVID-19 vaccine and medical supplies from abroad due to the sanctions.

On Nov. 27, Iran announced that nuclear scientist Mohsen Fakhrizadeh, 63, was assassinated when his car was targeted on the outskirts of Tehran.

Foreign Minister Javad Zarif said Israel was “likely to have been involved” in the scientist’s assassination. Iran’s Supreme Leader Ali Khamenei has also called for action against Fakhrizadeh’s killers.

On Dec. 1, the Iranian parliament adopted a plan to further scale down Iran’s commitments under the 2015 nuclear deal in response to the killing of Fakhrizadeh. The plan required the government to resume 20 percent uranium enrichment and increase the stockpile of low-enriched uranium (LEU).

Despite stiff opposition, Iran’s top supervisory body on Dec. 2 approved the parliament’s action plan to counter the US sanctions by accelerating its nuclear program.

The Guardian Council, a constitutionally-mandated body empowered to vet legislations, approved the plan that is expected to dampen the government’s recent efforts to open a channel of communication with the new US government for return to the 2015 nuclear pact.

The most positive event for Iran in 2020 was the victory of President-elect Joe Biden in the US presidential election, who signaled a return to the nuclear deal with Tehran.