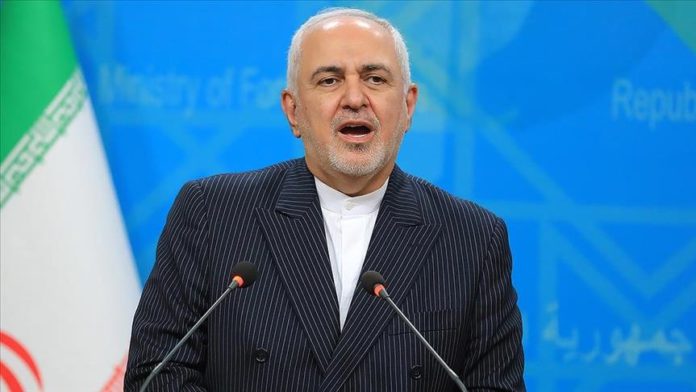 Iran on Wednesday, for the first time, hosted intra-Afghan talks with participation of political representatives from Kabul and high-ranking Taliban officials from the group’s political office in Qatar.

During the meeting held at Iran’s Foreign Ministry complex, Foreign Minister Javad Zarif termed political unrest in Afghanistan as “dangerous” and urged both sides to return to the Afghan-led and Afghan-owned peace process, a ministry statement said.

He said the Afghan leaders must take “tough decisions” for the future of their country, while expressing Iran’s readiness to facilitate intra-Afghan talks to “resolve the crisis”.

The visiting delegations arrived in Tehran late on Tuesday, according to sources, and are expected to hold talks with senior political and security officials during the visit.

Taliban spokesperson Mohammad Naeem also confirmed it, saying a high-ranking delegation led by Abbas Stanekzai had arrived in Tehran “on an official invitation.”

Taliban spokesperson Mohammad Naeem also confirmed that the visiting delegation will hold talks with Iranian officials on “bilateral issues” and also “exchange views” with Afghan political figures on the security situation with focus on “resolving issues through talks”.

The visit comes in the wake of US withdrawal from the war-ravaged country after 20 years and amidst alarming surge in violence and takeover of many districts by the Taliban.

Iran has in recent years backed Taliban’s inclusion in Afghanistan’s future political structure, and repeatedly called for the expulsion of US and allied forces from the war-torn country.

The engagement between the two sides has increased with many senior Taliban leaders frequently visiting Tehran and holding deliberations with Iranian officials.

The group’s delegation last visited Tehran in February, led by deputy chief Mullah Baradar, when they held talks with top Iranian political and security officials and also held a presser.

As the drawdown of US and NATO forces from Afghanistan nears completion, Iran has been concerned about security on its porous borders as well as the influx of refugees fleeing violence in their home country.

Earlier this week, Iran’s President-elect Ebrahim Raeisi held a telephonic conversation with Pakistani Prime Minister Imran Khan in which they “expressed concern” over the worsening security situation in Afghanistan and its potential repercussions for the two countries.

Iran and Pakistan are the main hosts of Afghan refugees in the region.

Some 160 pulled down in US: Report