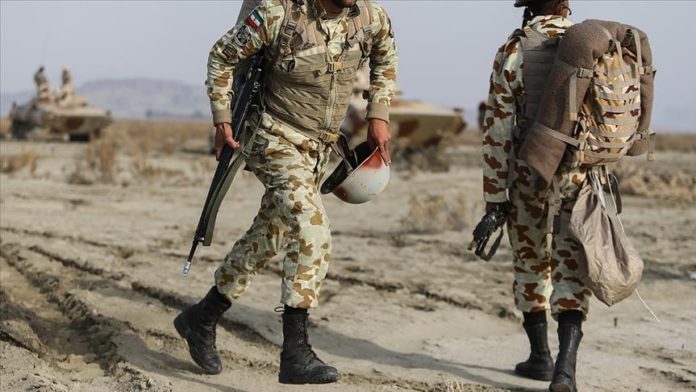 Iran’s revolutionary corps (IRGC) on Thursday kickstarted another major military drill in the southwest of the country, a day after marking the 42nd anniversary of the 1979 revolution.

He said the exercise, a follow up on a series of recent military drills, aims to evaluate the “latest achievements and capabilities, review the new operational potential and test the operational strength” of IRGC’s combat and defense equipment.

The top military official said the IRGC’s ground forces are “fully prepared for any possible threat,” alluding to tensions between Tehran and Washington.

It comes days after the US amphibious warship Makin Island (LHD-8) passed through the Strait of Hormuz and entered the waters of the Persian Gulf, according to the US Central Command.

It said the ship seeks to “support stability and security in the US Central Command,” which monitors US operations in 20 regional countries, including Iran.

Tensions between Tehran and Washington, which saw a dizzying escalation in the final months of former US President Donald Trump’s tenure, continue to simmer despite Joe Biden’s interest in opening a new chapter with Iran.

The two sides differ over modalities of reviving the 2015 Iran nuclear deal, with each side waiting for the other to make the first move.

Amid the stalemate, military buildup in the Persian Gulf region continues, as both sides seek to heighten preparedness for any eventuality.

On Wednesday, the IRGC exhibited a range of ballistic missiles in Tehran to commemorate the 42nd anniversary of the Iranian revolution.

This year, a total of 112 missile launchers, 188 unmanned aerial vehicles, 340 speedboats, and a warship has joined the IRGC fleet.