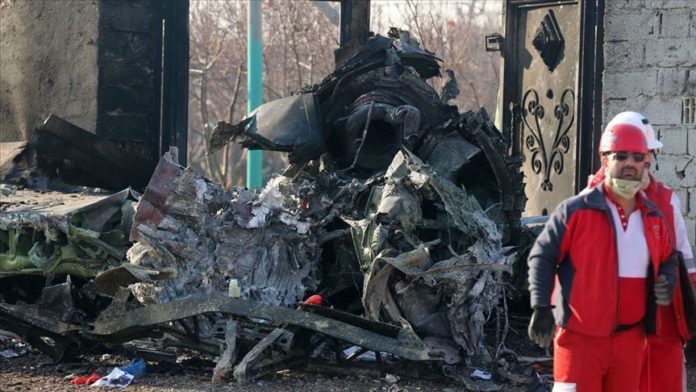 Iranian authorities on Tuesday said six persons have been arrested in connection to the downing of Ukrainian plane, in which 176 people were killed.

“Six have been so far arrested in relation to the ongoing investigations; three of them were released on bail, while the other three are still being held,” Gholamhossein Esmaili, a spokesperson for Iran’s Judiciary, said in statements cited by the official IRNA news agency.

“Following investigations by expert teams in the [Ukrainian plane] incident, the families of the victims can file complaints in front of the Judiciary.”

Esmaili said that 70 of the families’ victims participated in the investigation.

On Jan. 8, Iran inadvertently shot down the airliner, killing all 176 on board.

Initially, Tehran said it did not shoot down the plane, but later admitted “human error” culminated in the firing of the missiles.

The disaster occurred a few hours after Iran fired missiles at Iraqi bases in retaliation for the US killing of Iranian commander Qasem Soleimani on Jan. 3.