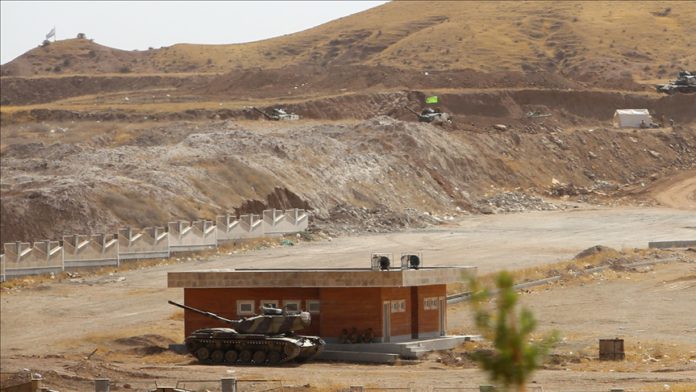 Iranian authorities have told traders to stop sending shipments to the country’s two main border crossings with neighboring Afghanistan that have been overrun by Taliban fighters.

The Islamic Republic of Iran Customs Administration (IRICA) announced in a statement on Friday that trade has been halted through the Dogharoon and Mahirud border points along the eastern border with Afghanistan.

It came after the Taliban took over the Islam Qala border point, the largest trade route between Afghanistan and Iran, forcing Afghan custom officials and guards to flee across the border.

However, trade between the two countries remained unaffected through the border crossing in Milak in Iran’s southeastern Sistan-Baluchistan province, according to IRICA.

The Taliban ambush on Thursday started hours after talks between a delegation from the group’s political office in Qatar and Afghan government representatives concluded in Tehran.

Reports said the insurgents attacked Afghan customs and border forces stationed on the crossing with Iran, triggering fierce fighting between the two sides.

Officials of Herat’s customs department later confirmed in a statement that Islam Qala and Torghundi, which connects Afghanistan with Turkmenistan, had both fallen to the Taliban.

As the US-led coalition forces pull out of the war-ravaged country after 20 years, the Taliban have upped the ante with attacks in different parts of Afghanistan.

After overrunning many districts in the north and east, they reached Afghanistan’s border with Iran on Thursday.

It happened as Taliban spokesperson Mohammad Naeem said the two sides holding talks in Tehran agreed that “war was not a solution” to the crisis in Afghanistan.

According to sources, Iranian officials asserted during the talks that border security was a “red line” that the Taliban must not breach.

On Friday, on the second leg of their regional tour in Moscow, Taliban officials pledged to respect borders of neighboring countries, according to a statement from Russia’s Foreign Ministry.

‘We remain engaged in Afghanistan despite troop withdrawal,’ says US secretary...