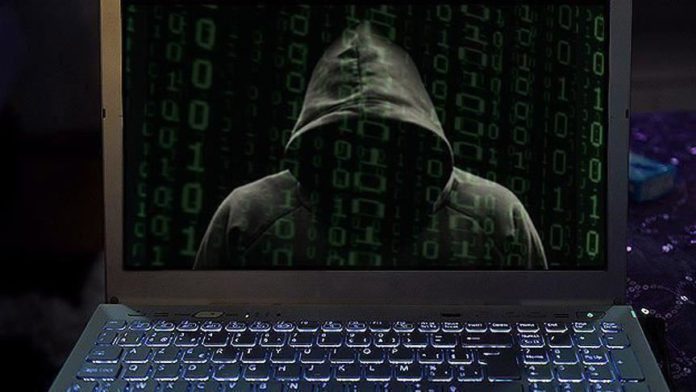 In a report produced for Facebook, an analysis firm said that Iranian hackers attempted to interfere in the 2014 Scottish independence referendum in favor of those wanting to leave in an attempt to break up the UK.

The report, carried out by analysis firm Graphika and published on May 5, said “covert assets” linked to Iran’s state broadcaster ran fake Facebook pages that produced memes, cartoons, and propaganda to bolster the pro-independence movement.

David Grout, EMEA chief technology officer at FireEye, a cybersecurity firm, told Anadolu Agency: “We have monitored both Russian and Iranian cyber threat groups for many years. Some of these come in the form of what we call ‘APT’ (Advanced Persistent Threat) groups which we believe are backed by nation states.

“With the APT groups, we see them conducting various types of activity. This includes cyber espionage which usually takes the form of stealing valuable information, information operations which promotes certain agendas often via social media, and destructive attacks that take down websites or other IT infrastructure. These threats target both private and public organizations.”

Grout said: “State sponsored groups are using their capabilities to anticipate political trends and decisions which will give their government advantages when it comes to commercial or political negotiations.”

One of the Iranian-run pages in 2014 was called The Scotsman Cartoon. Graphika’s report said: “The page offered a series of cartoons in a wide range of visual styles but on a common theme: Scotland’s need for independence.”

“Many of the cartoons attacked then-Prime Minister David Cameron, portraying him as the embodiment of English oppression,” it added.

The report continued: “None of these posts achieved viral impact, measured in the number of likes, shares, or comments. Typical posts scored a few dozen reactions, sometimes a little over 100. This is not negligible, but it is a long way away from being an effort on the sort of scale that might have had an impact on the referendum.

“In March 2014, six months before the Scottish referendum, the cartoons page stopped posting, for unknown reasons.”

Facebook took down 500 pages, groups, and accounts linked to the Islamic of Republic of Iran Broadcasting Corporation.

“The individuals behind this network relied on a combination of authentic and fake accounts,” Facebook said in a statement. “Although the people behind this activity attempted to conceal their identities and coordination, our investigation found links to the Islamic Republic of Iran Broadcasting Corporation.”

Earlier this month, Israel accused Iran of targeting its civil water infrastructure with cyberattacks in late April. Tehran denied responsibility, while Tel Aviv accused of it of carrying out cyberattacks on a “daily basis.”

The US has also been targeted by Iranian cyberattacks. Following the death of Iranian general Qassem Soleimani in a US airstrike at the beginning of the year, CNN reported that Iranian hacking attempts against US federal, state, and local government websites increased by at least 50%.

The website of the Texas Department of Agriculture was hacked and an image of Soleimani uploaded, alongside the message “Hacked by Iranian hackers.”

James Lewis, a senior vice president at the Center for Strategic and International Studies, told CNN: “Cheesy, low budget images are a hallmark of Iranian propaganda.”

“Probably ‘patriotic hackers’ going after the only vulnerable .gov site they could find. Definitely not the A team,” he added.

The report commissioned by Facebook also highlighted that although Russia’s interference in the 2016 US presidential election grabbed international headlines, Iran had started its own electoral interference operations at least four years earlier.

“A particularly interesting feature of the network was the way it targeted the United States and United Kingdom with fake accounts, memes, and cartoons as early as 2012-2014,” Graphika’s report said.

“These efforts do not appear to have yielded viral impact or any other measurable form of success, and the network abandoned them relatively quickly.

“Nevertheless, Facebook’s revelation is of historical interest: it provides a confirmed data point on attempted foreign interference in Western democratic exercises as far back as 2012, a full electoral cycle before the Russian interference of 2016.”

Grout told Anadolu Agency there were several steps countries could take to protect themselves from cyber hacking, differing depending on the country.

“One of the approaches, particularly when we think ahead to events like this year’s U.S. election, is to educate citizens on influence campaigns and fake news. Several western countries already launched anti-fake news programs and created new laws in this area,” he said.

“Another critical aspect is for a nation to increase the security of its infrastructure. This often starts in areas like energy grids and the defence sector, but can be rolled out to verticals like telecoms and finance. A key element that should also be considered is using attribution to publicly identify guilty attackers and try them before a court. This will show that justice is being carried out and should deter other threat actors from carrying out similar activities.”