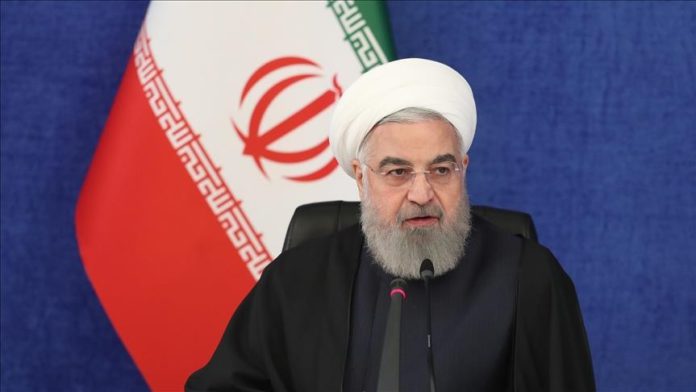 Iran’s government and parliament are close to an agreement on the 2021 budget, ways to counter US sanctions, and the COVID-19 vaccine said the Iranian president on Monday.

Hassan Rouhani made the remarks following his meeting with Parliament Speaker Baqer Qalibaf and judicial chief Ebrahim Raeesi, a meeting coming after weeks of intense speculation.

There have been significant disagreements between Rouhani’s reformist government and conservative-dominated parliament on the issues of budget reforms and resisting sanctions.

The budget for the next fiscal year was submitted to parliament earlier this month for approval amid tensions over parliament’s strategic plan to counter-sanctions.

The draft budget was submitted to parliament by Rouhani’s envoy for parliamentary affairs, making him the first president who did not personally submit the budget.

While the government maintains that the budget is progressive and well balanced, parliament has called for drastic changes, leading to a stalemate.

The government reportedly drafted the budget keeping in view the incoming administration in the US and the possibility of sanctions being eased.

Following the meeting of three top government figures on Monday, Rouhani said they had agreed on “possible reforms” in the budget, and the issue is up for discussion between representatives of the government and parliament.

On the issue of countering sanctions, the government and parliament have been at odds, especially over a parliamentary plan which calls for accelerating nuclear activities.

The government led by Rouhani, which has been hoping for the revival of the 2015 Iran nuclear deal, had initially opposed parliament’s plan. The plan was eventually approved by the country’s top supervisory body, the Guardian Council, and so took the shape of a law.

Rouhani’s government has recently offered an olive branch to the US’ incoming Biden administration, calling for their “unconditional return” to the 2015 accord, in return for Iran’s full compliance.

Parliament, however, has been opposed to the suggestion, with many lawmakers warning against trusting Washington. The issue has been the main bone of contention between them.

On Monday, Rouhani said the three government leaders discussed ways to “neutralize the inhumane sanctions” and were close to an agreement.

Experts say it would be “too early” to suggest whether Monday’s meeting between the three government figures would “result in decisive action.”

Meanwhile, the issue of COVID-19 vaccine production and purchase also figured in the discussions. Rouhani said Iran is initially looking at domestic production of the vaccine, and then on cooperating with other countries to produce the vaccine and finally on purchasing it from the World Health Organization.