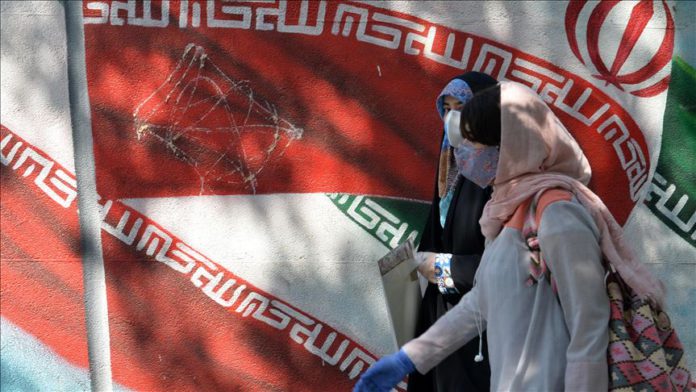 With COVID-19 cases and fatalities assuming alarming proportions in recent weeks, the Iranian government is set to announce a two-week nationwide lockdown to contain the third wave of the pandemic.

According to the Health Ministry officials, the plan will be finalized during a meeting of the National Headquarters for Corona Disease Management on Saturday as the situation has turned catastrophic.

Iran’s death toll from the pandemic, which broke out first in mid-February in the country, has risen to 40,582, the highest in the Middle East. On Friday, the country recorded 461 new deaths.

According to officials and activists, one person dies of the virus in Iran every three minutes. The overall tally of infections reached 738,322 with 11,737 new cases recorded on Friday.

According to a survey by Iran Medical University, nearly 7.5% of the population over the age of 15, equivalent to 5 million, have contracted the disease so far.

Deputy Health Minister Qassem Janbabaei said the two-week lockdown plan will lead to closure of schools, cinemas, museums, and mosques, as well as non-essential businesses like car markets, hairdressers, and clubs. Under the plan, hospitals, pharmacies, and grocery stores would remain open.

Officials say the third wave of the pandemic, which has claimed more lives than the first two, cannot be contained unless people strictly adhere to health protocols.

The fight against the pandemic in Iran has been affected by disagreements among officials. Tehran City Council officials have blamed the government for delaying the announcement of the lockdown, particularly in the capital city.

Tehran is the worst-hit city, accounting for more than half of the total daily infections and deaths. Hospitals continue to be full with medical staff in intensive care units exhausted.

The existing medical infrastructure, which experts say, is not sufficient to cater to the “flood of patients”, has put an added burden on healthcare workers.

Due to the US sanctions, Iran has been unable to import advanced medical equipment.

Behesht e Zahra, the largest cemetery in Tehran, is also running short of space, according to the cemetery managers. From 150 bodies a day, now the cemetery has to accommodate over 300 bodies every day, mostly COVID-19 patients.

Meanwhile, experts have warned that the infections in Iran could see a further spike during the months of winter, especially if the lockdown is not enforced strictly.