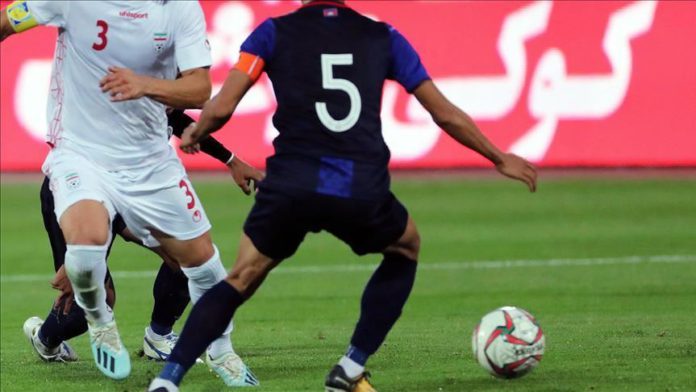 Iranian football is embroiled in what many describe as its “biggest scandal” due to a controversy over non-payment of dues to a former Belgian coach of the national team.

A complaint filed by Mark Wilmots, the former head coach of Iran’s national team, to FIFA, the governing body of football, has stirred up a hornet’s nest in Iran.

Iranian judicial authorities have reportedly stepped in to resolve the simmering crisis, which has sparked anger and outrage among football fans in the country.

FIFA, which had earlier asked the Football Federation Islamic Republic of Iran (FFIRI) to pay €6.2 million ($7.4 million) to Wilmots, has now sought an explanation over the involvement of Iran’s judicial authorities.

In a joint letter, FIFA and the Asian Football Confederation (AFC) have raised serious objections over the interference of Iranian authorities in the football federation’s affairs and have threatened sanctions.

“First and foremost, we would like to emphasize that FIFA and AFC are strongly opposing any use of legal threats and intimidation of any sort by anyone against a person or a group of persons, particularly in the context of an attempt to exercise undue authority over a Member Association, thus violating the latter’s autonomy,” read a statement by Fatma Samoura, secretary general of FIFA.

FIFA has maintained that Iran, as a member association of the international football’s governing body, is “obliged to manage its affairs independently without undue influence from third parties,” in accordance with Article 14 and Article 19 of FIFA Statutes.

Wilmots, a Belgian national, was appointed as head coach of Iran’s national team in May 2019 and handed a three-year contract.

The move, according to football observers, was part of Iran’s efforts to qualify for the next World Cup.

However, Wilmots stunned everyone when he quit the job after just six games in charge, citing “serious contractual violations by the Iranian football federation” as the reason.

He approached the FIFA Players Status Committee, which conducted its own investigation and ruled that the FFIRI must pay €6.2 million ($7.4 million) to Wilmots “as compensation for breach of contract.”

The Iranian federation initially sought to dismiss the Belgian’s claims of “contractual violations” but FIFA’s sentencing came as a big blow.

According to sources, Iranian authorities have charged senior officials of the FFIRI, including its former head Mehdi Taj, with “negligence” in performing their duties.

The decision, however, has not gone down well with FIFA, which has termed it a violation of the federation’s independence and autonomy.

It has also sought a “comprehensive report” from Iran’s football federation by Sept. 2.

The issue has dominated headlines in Iranian media over recent weeks, with fingers pointed directly at top figures in the country’s football world.

FIFA’s involvement has further dented the image of Iranian football and fueled anger among citizens.

Masoud Hussein, a senior sports journalist and analyst, told Anadolu Agency that Iranian authorities have stepped in “to understand what really happened.”

“There is something wrong in the deal [contract] – €6 million is a huge amount as compensation,” he said.

He said the FFIRI should be held responsible for the controversy, as it had “reached an agreement” with Wilmots.

However, on the involvement of Iranian judicial authorities and FIFA’s

threat of sanctioning Iran, Hussein said the matter ought to be investigated as “it is a normal procedure in every country.”

Farrokh Hesabi, a football analyst, said the Iranian football officials must be held accountable and asked to resign “as soon as possible.”

This is not the first time the FFIRI has been embroiled in a controversy.

In late May, FIFA threatened the Iranian football federation with suspension for failing to comply with its rules.

The global body had asked the Iranian federation to address some operational issues, including minimizing the role of government bodies in its affairs.

The issue came up after the former head of Iranian football Ali Kafashian said in an interview that the FFIRI has always been under the government’s direct control.

Kafashian was replaced by Mehdi Taj in May 2016 after holding the post for eight years. Taj resigned as the federation’s head last December in the middle of the Wilmots controversy.

Paris to beef up security, set up special fan zones for...