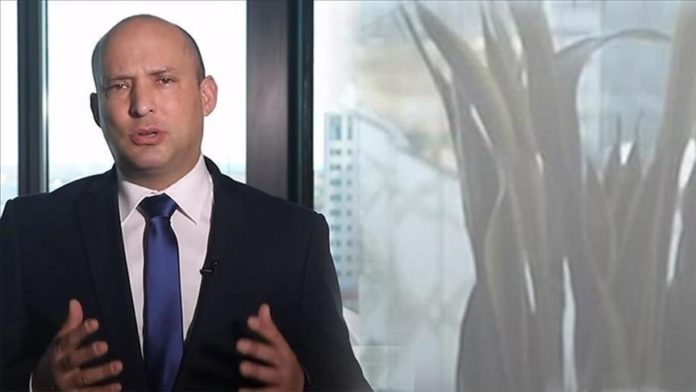 Iran destabilizes the region through its proxies in Syria, Yemen, Iraq and Lebanon, said the Israeli prime minister on Tuesday.

“The world should fight back against Iran, which uses its proxies to spread and conduct terror,” Naftali Bennett said virtually in a speech at the World Economic Forum in Davos.

Arguing that Iran spends tens of billion dollars to fund its proxies instead of its own people’s welfare, Bennett termed the Iranian regime “corrupt, incompetent and vulnerable.”

Calling Iran an “octopus of terror and instability”, Bennett claimed that Tehran cannot even provide the most basic needs of the Iranian people, such as water.

He also maintained that all indicators, including ongoing work for enriching uranium, prove that Iran aims to produce nuclear weapons, warning against lifting sanctions on Tehran.

“The last thing you want to do is pouring tens of billions of dollars into this apparatus (Iran) because what will you get? Terror on steroids,” said Bennett.

He said the actions of Iran are one of the reasons why many Arab countries normalized relations with Israel in the scope of the Abraham Accords.

“We have a common foe in the region, that is Iran,” Bennett added.

He, however, noted that defense and security were not the only factors for boosting relations between Israel and Arab countries.

“We also want to boost the trade relations,” Bennett said, noting that Tel Aviv attributes a special importance to the UAE, Egypt, Jordan, and Africa.

He claimed that his government wants to improve the quality of life for everyone, Palestinians in Gaza and West Bank and Israeli citizens, citing the issuance of new work permits to Palestinians from Gaza and the West Bank.

Israel launched attacks on the Gaza Strip in May last year, killing nearly 286 people, including women and children, leaving a trail of destruction. Health facilities, media offices, as well as schools, were among structures targeted.

Since 2006, the Gaza Strip has groaned under a crippling Israeli blockade that has deprived its roughly 2 million inhabitants of vital commodities, including food, fuel and medicine.