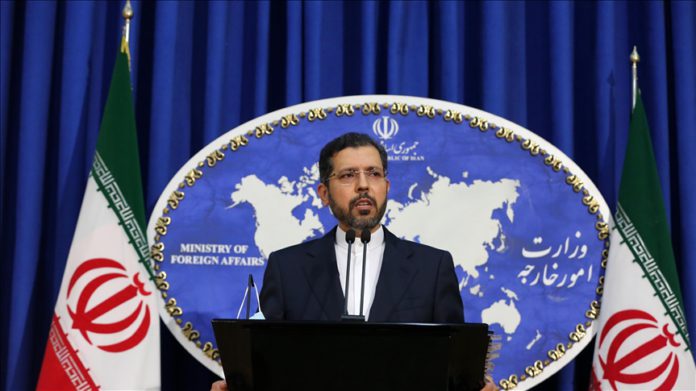 Iran criticized the US on Friday for imposing new sanctions on Russia, describing the move as a “false step.”

It said Washington’s addiction to sanctions against other countries based on groundless allegations has turned into an institutional approach and a change in government did not alter the approach.

The statement was in reaction to US President Joe Biden’s announcement on Thursday of new sanctions against Russia, including the expulsion of 10 diplomats for alleged election interference and hacking.

In a tit-for-tat response to the sanctions, Russia said on Friday that it will ask 10 US diplomats to leave the country and take other retaliatory moves.

Moscow will also blacklist eight top US officials and will toughen work rules for US diplomats in Russia, said Foreign Minister Sergey Lavrov.