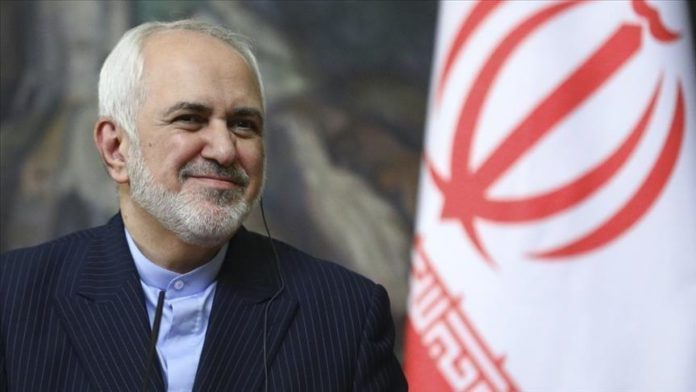 Iran said Friday it has agreed to participate in a meeting in Austria’s capital next week on the nuclear deal, but denied any meeting with the US.

Iranian Foreign Minister Mohammad Javad Zarif said Iran and other participants of the Joint Comprehensive Plan of Action (JCPOA) agreed during a virtual meeting to resume nuclear talks in Vienna next Tuesday.

Zarif said that the aim of the meeting is to “rapidly finalize sanction-lifting and nuclear measures for choreographed removal of all sanctions, followed by Iran ceasing remedial measures.”

No Iran-US meeting will be held as part of next week’s talks Zarif said, calling it “unnecessary.”

JCPOA , commonly known as the Iran nuclear deal, was signed in 2015 by Iran, the US, China, Russia, France, the UK, Germany and the EU.

The statement came after Iranian officials and other JCPOA participants held Friday a virtual meeting to discuss US’ return to the Iran nuclear deal.

The US said Friday it has agreed to participate in indirect nuclear talks starting next week with Iran in a potential major breakthrough that could end a months-long impasse.

US Department of State spokesman Ned Price said that for now there would not be any direct talks with Iran, and the US would instead engage in talks “with our European, Russian, and Chinese partners.”

Those talks will be focused on identifying “the issues involved in a mutual return to compliance with” the 2015 nuclear accord, Price said in a statement sent to Anadolu Agency.

While the Biden administration does not presently anticipate holding any direct talks with Iran, Price said the US “remains open to them.”

President Joe Biden has long expressed an interest in resuming US participation in the deal. His predecessor, Donald Trump, chose to unilaterally withdraw from the agreement in 2018, and went on to impose US sanctions on Iran lifted under the deal.

In retaliation, Tehran took steps away from the nuclear restrictions it agreed to in a bid to ramp up pressure on the deal’s remaining participants to maintain their commitments.

The Islamic republic has maintained the US should first lift its sanctions before it returns to full JCPOA compliance, a position balked out by the Biden administration, which has called on Iran to act first. That impasse is now heading into its third month.