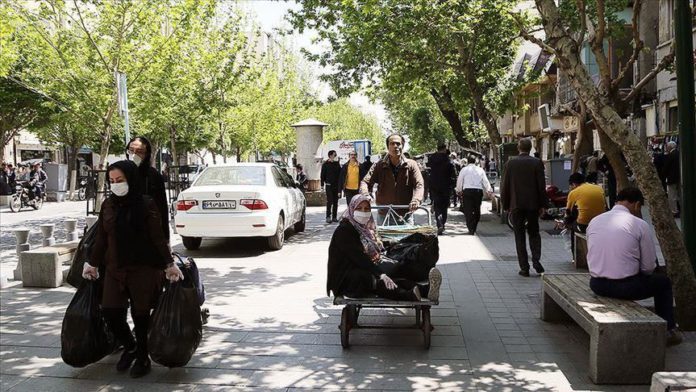 The death toll in Iran from the coronavirus rose to 6,486, as 68 new deaths were reported in the last 24 hours, state media reported on Thursday.

A further of 1,485 more people tested positive for COVID-19 over the past day, bringing the total number of cases to 103,135, Iran’s state broadcaster reported, citing a statement by the Health Ministry spokesman Kianoush Jahanpour.

Jahanpour said 82,744 people have recovered so far and been discharged from hospitals, while 2,728 others are in critical condition.

Over 544,700 tests have been conducted in the country, he added.

According to Iranian Students News Agency (ISNA) on Wednesday, the government decided to reopen hair salons in the country.

President Hassan Rouhani said Sunday that the country would reopen mosques in districts that saw a decline in the number of coronavirus infections as of Monday.

He also said Friday prayers congregations will resume in 132 towns and cities labeled “white” or “low-risk” areas, according to Iran’s Tasnim news agency.

Over 3.76 million cases have been reported worldwide, with the death toll surpassing 264,100 and almost 1.25 million recoveries, according to data compiled by the US’ Johns Hopkins University.