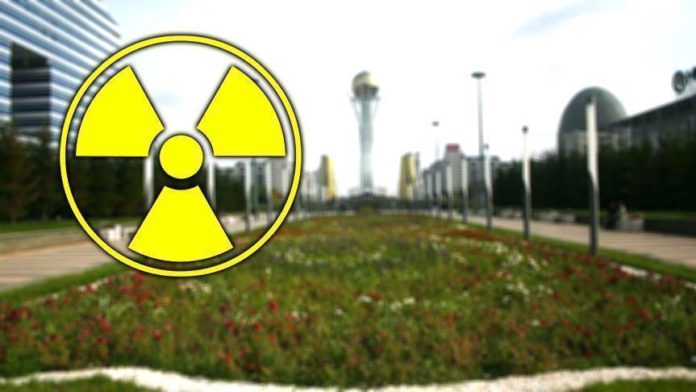 Iran on Saturday confirmed a plan to increase uranium enrichment up to 20 percent as it moves to implement a recently introduced law as a counter-measure against US sanctions.

In an interview with the state television, the chief of Iran’s nuclear agency, Ali Akbar Salehi, said that Tehran has written to the UN nuclear watchdog IAEA about the enrichment plan.

He said the letter has been dispatched to the Vienna-based organization through the Iranian envoy and the country is ready to raise the level to 20 percent in accordance with the recent legislation “very soon”.

Salehi noted that a final nod from President Hassan Rouhani is required before the move is implemented.

The nuclear chief said the process will be implemented under the supervision of the IAEA inspectors, who he said need to “unseal things that had been sealed”.

On Friday, the IAEA said Iran had communicated its intention to enrich up to 20 percent purity, a level it achieved before the 2015 nuclear deal between Iran and world powers.

“Iran has informed the Agency that in order to comply with a legal act recently passed by the country’s parliament, the Atomic Energy Organization of Iran intends to produce low-enriched uranium (LEU) up to 20 percent at the Fordow Fuel Enrichment Plant,” the agency said in a statement.

Under the 2015 nuclear deal, Tehran was allowed to enrich uranium up to 3.67 percent. The threshold was, however, breached by Iran in response to the US withdrawal from the deal, raising the level to 4.5.

The plan to increase the level from 4.5 to 20 percent, which is considered “highly enriched uranium”, had been in the pipeline for some time but the final trigger was the assassination of prominent Iranian scientist Mohsen Fakhrizadeh last month.

Following the incident that drew strong reaction from Iran, the country’s parliament introduced a strategic plan to counter sanctions, which called for accelerating nuclear activities and ending voluntary implementation of the Additional Protocol.

The bill was finally turned into a law after the country’s top supervisory body, the Guardian Council, gave its approval, despite resistance from the government.

The implementation of the plan is likely to further heighten tensions between Iran and the West at a time when the new administration in Washington had hinted at the possibility of US returning to the 2015 accord.

The Rouhani government says it is willing to return to full compliance of the deal, which means scaling down uranium enrichment back to 3.6 percent, if the US “unconditionally” returns to the deal.

However, the Iranian government might face resistance from the conservative-dominated parliament that strongly opposes the idea of more negotiations with the US.

Tensions have been running high between Iran and the US, especially in the restive Persian Gulf and Iraq, in recent weeks, ahead of the first anniversary of top Iranian commander Qasem Soleimani.

Oil prices down with expectation of US crude build-up