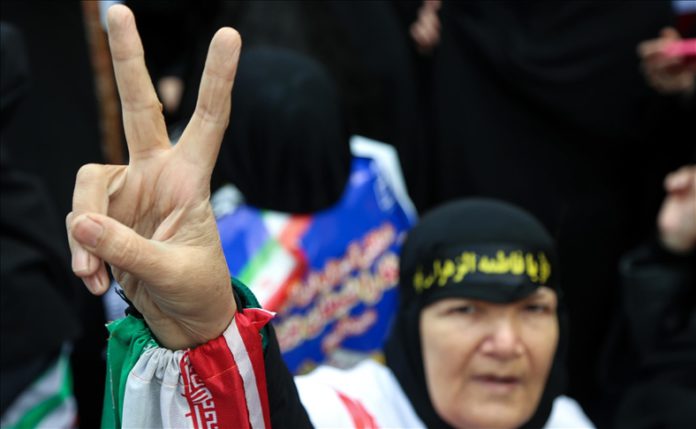 Iran marked the 42nd anniversary of the 1979 revolution this year in a remarkably subdued way owing to countrywide COVID-19 restrictions.

Instead of massive annual processions associated with Bahman 22, when the rule of Iran’s Pahlavi dynasty ended in 1979, this year’s celebrations are limited to car and motorcycle rallies in Tehran and other major cities.

On Wednesday morning, a large number of motorcycles and cars marched on the iconic Azaadi Street in Tehran, with revelers waving the country’s flag and chanting patriotic slogans.

The similar two-wheeler and four-wheeler marches were carried out in other Iranian cities, including Qom, Isfahan, Mashhad and Shiraz.

Earlier, on Tuesday night, light and firework displays were put up across the country to commemorate the occasion.

Bahman 22, which falls on Feb. 10 every year, marked the culmination of the 54-year rule of the country’s Pahlavi dynasty and abolishment of the Iran’s monarchial form of government.

Ten days earlier, the leader of Iran’s revolution Ayatollah Khomeini had returned to the country after 14 years in exile, the period marked by violent clashes between protestors and state forces.

Two weeks prior to Khomeini’s homecoming, Reza Shah Pahlavi, the second and last ruler of the Pahlavi dynasty, fled the country amidst countrywide protests. He died a year later in the US.

The events preceding and following the 1979 revolution in Iran contributed to the country’s deterioration of relations with the US, which backed the Pahlavi government.

The same year, nine months later, a hostage crisis in Tehran led to a diplomatic standoff between the two countries that continues till date.

A total of 52 American diplomats were taken hostage by a group of Iranian university students, after they seized the US Embassy in Tehran. The hostages were held for 444 days, until Jan. 20, 1981.

In a traditional Bahman 22 address to the nation, President Hassan Rouhani invoked the US “economic war” against Iran.

Rouhani, whose second term in office ends this summer, said his government had “fulfilled its promises”, despite facing economic recession.

In a statement on Wednesday, Foreign Ministry spokesman Saeed Khatizbzadeh said the revolution was a “fruition of a relentless national endeavor for independence and dignity”.