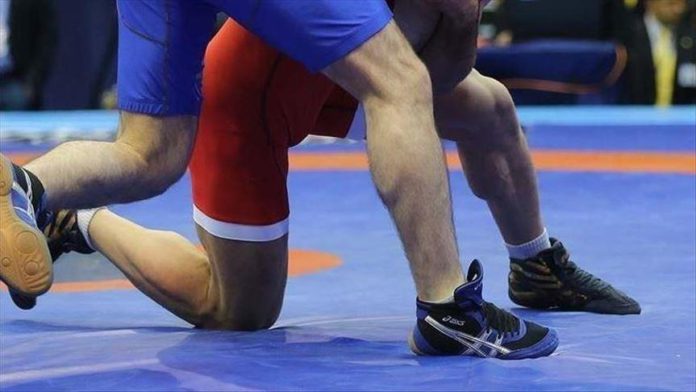 The much-anticipated bout between the wrestling teams of Iran and the US in Arlington, Texas, has been called off after five members of the Iranian team were denied visas.

In a letter to his American counterpart, Iran Wrestling Federation chief Alireza Dabir announced the cancellation of the event slated for Feb. 12 after the US Department of State refused visas to five members, including him.

The letter also referred to the “disrespectful treatment” of the wrestling federation’s head by officials at the US Consulate in Dubai, who “interrogated” him for five hours.

The US wrestling federation received a star-studded lineup of Iranian freestyle wrestlers last month, who were to compete against American opponents at the Bout at the Ballpark.

Iran’s squad was to be led by three-time world champion Hassan Yazdani (86 kg), along with the pair of men’s freestyle world champions, Kamran Ghasempour (92 kg) and Amir Hossein Zare (125 kg).

Dabir, a gold medalist in freestyle wrestling at the 2000 Sydney Olympics, recently called on people to put the slogan of “Death to America” into action in a TV interview, which led to a backlash in the US.

Dabir, a former US green card holder, said he returned the green card seven years ago in protest of US policies.

Wrestling, one of the most popular sports in Iran, has in recent years caught the imagination of people due to intense rivalry between Iranian and American wrestlers.

The sport has taken political contours too amid heightened tensions between the two countries, as seen at the recent Tokyo Olympics and World Wrestling Championships in Oslo, Norway.

Wrestling fans in Iran were anticipating another high-octane competition between Yazdani and his American rival David Taylor in Arlington on Feb. 12, taking off from where they left off in Tokyo and Oslo.

Taylor had the last laugh in Tokyo last July, but Yazdani avenged it two months later in Oslo, rekindling the epic rivalry.

Another intense rivalry shaping up is in the 125-kg category between Iran’s world champion Zare and his American rival Gable Stevenson.

“Tell Iran to send Zare, I’m pulling up,” Steveson wrote on his Instagram page last October, soon after the Feb. 12 bout was announced.

Iran topped the medal table at the 2021 World Wrestling Championships in Oslo, with 13 medals, more than rivals US and Japan.

Last month, a US Department of State spokesperson was quoted as saying by Fox News that matters involving visa issuance for members of the Iranian wrestling team are “subject to Privacy Act concerns” and will be “adjudicated strictly in accordance with US law”.

Importantly, the bout coincided with ongoing nuclear deal talks in Vienna, which have so far failed to calm tempers between the two long-time adversaries.

Iran is well-known for its long wrestling tradition, having won the majority of its Olympic medals in the sport known locally as “koshti.”

While the tradition dates back many centuries, Gholamreza Takhti, who won three Olympic medals for Iran between 1952 and 1960, popularized the modern version of Iran’s “varzesh e bastani” (traditional wrestling), which was originally practiced in “zoorkhaneh” (house of strength).​​​​​​​