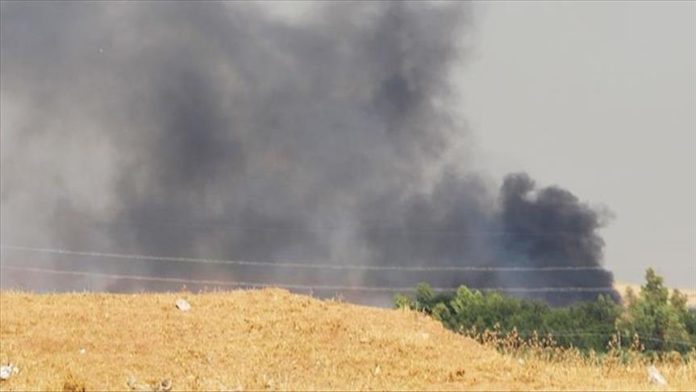 A missile attack was carried out Monday on the US-controlled Al-Omar oil field from Mayadin district in Syria’s Deir-ez-Zor province, which is under the control of the Bashar al-Assad regime and Iran-backed militia groups.

Al-Omar, Syria’s largest oil field, where the US and YPG/PKK terror group are present, was attacked with Grad missiles, according to local sources.

At least five missiles were launched from Mayadin district, where numbers of Iranian-backed armed groups are increasing, and some of them struck close to a military base near the oil field where US forces are located.

The previous night, the US carried out an airstrike on Iranian-backed groups in Syria’s al-Bukamal district bordering Iraq.

Parts of Deir ez-Zor to the east of the Euphrates River are under the occupation of the US-backed YPG/PKK terrorist organization, while the city center and east and west of Deir-ez-Zor are under the control of the Assad regime and Iran-backed groups.

Continuing their support to the terror group, US forces currently have a presence in more than 10 bases and military points in the regions occupied by the YPG/PKK in the provinces of Hasakah, Raqqah and Deir-ez-Zor.