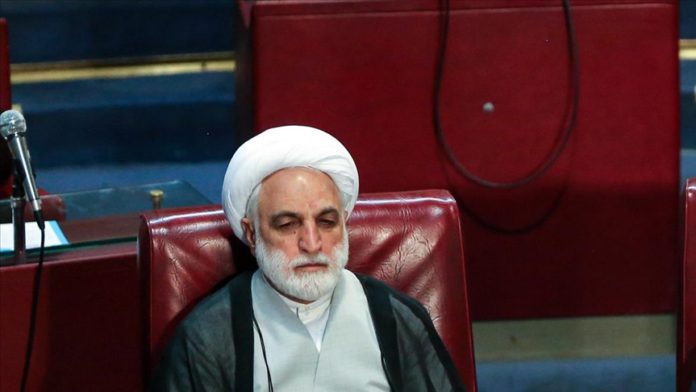 In his decree on Thursday, Khamenei urged the new judiciary chief to focus on “continuing the transformational approach, developing new technologies, decisively dealing with violations and resolutely fighting corruption”.

He also praised the outgoing judiciary chief Raeisi, who will take over as Iran’s new president on Aug. 5, for his “services”.

Eje’i held the second-highest post in the country’s judiciary since 2014, first under Iran’s former judiciary chief Sadiq Larijani, and then under Raeisi.

He also served as the judiciary spokesman between 2010 and 2019, besides being the country’s top attorney from 2009 to 2014, when he was replaced by Raeisi.

Eje’i also had a stint in the government, serving as an intelligence minister under former President Mahmoud Ahmadinejad between 2005 and 2009, when he was reportedly axed.

He also served as a member of Iran’s Expediency Council, a powerful advisory body to the Supreme Leader, originally set up to resolve conflicts between the parliament and top supervisory body Guardian Council.

Outgoing President Hassan Rouhani, in a message, congratulated Eje’i on his appointment, calling the role of the judiciary in “strengthening social capital, public trust” as “irreplaceable”.