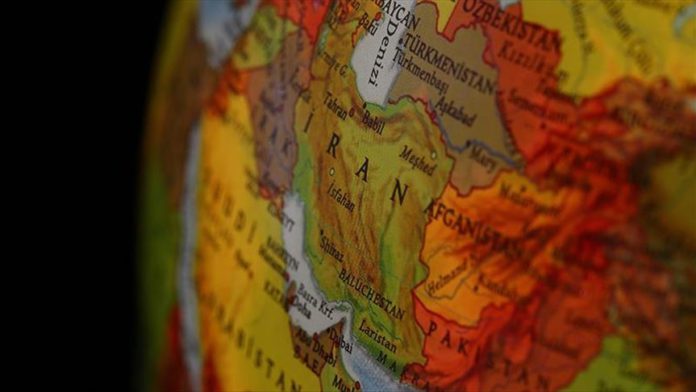 Although Afghanistan and Iran have launched a joint investigation into allegations that dozens of Afghan migrants were thrown into a river last week by Iranian guards, the incident has thrown their relations out of gear.

Iran and the Kabul government were allies earlier in their battle against the Taliban. But off late alarmed at the growth of ISIS/Daesh, Tehran has been supporting the Taliban in western Afghanistan much to the chagrin of Kabul government led by President Ashraf Ghani.

The Afghan parliament on Wednesday summoned the newly-appointed Foreign Minister Mohammad Hanif Atmar and other high-ranking officials to brief the lawmakers about the incident.

According to Afghanistan’s Tolonews channel, Atmar told lawmakers that the deliberations with Iranian officials were held in a tense atmosphere and there was a heated exchange.

He said that 16 Afghan nationals had been so far rescued, while 18 to 20 were missing, most likely swept by the waters of Harirud River, shared by Iran, Afghanistan, and Turkmenistan.

Afghan media claimed that migrants, around 50 of them, were “beaten and forced to jump” into the river in western Herat province bordering Iran by the Iranian border guards after they tried to illegally enter the Iranian territory.

Sources in both Iran and Afghanistan told Anadolu Agency that there is no confirmation yet on the exact number of migrants, who had attempted to cross into the Iranian territory.

Iran has, however, dismissed the allegation. Iran’s Foreign Ministry Spokesman Abbas Mousavi claimed that the incident took place on the Afghan territory and there was no scope for Iranian guards to force migrants to jump into the river.

“Considering the significance of the matter and to get accurate information about how the incident took place on the Afghan soil, we are probing the issue in cooperation with the Afghan officials,” he said.

Speaking to Anadolu Agency, an official in Iran’s Foreign Ministry hoped that the issue will be amicably sorted out through a joint probe.

The US Department of State termed the incident “cruel “and amounting to “abuse of Afghan migrants”.

Scoffing at the US statement, Iran said it has strong ties with Afghanistan and supports an inclusive government in Kabul.

“What happened to Afghan nationals in Herat is tragic, but unrelated to Iran. The US regime’s allegation against Iran is a bitter joke,” said a statement issued by the Iranian Foreign Ministry.

Soon after the incident, Iran’s Foreign Minister Javad Zarif held a detailed telephonic conversation with his Afghan counterpart during which they also discussed developments in Afghan-Iran bilateral relations, the process of reaching political consensus in Afghanistan, fight against COVID-19 and other issues of mutual interest.

Iran currently hosts three million Afghan refugees, according to the UN Refugee Agency (UNHCR). Out of the two million are staying without any documentation. The majority of documented refugees live in the cities of Tehran, Isfahan, Mashhad, and Qom.

The two countries share 936 kilometers (582 miles) border, which crosses through several deserts and marshlands. While there are two official crossings, the border is mostly porous and is often used for illegal migration and drug trafficking.

Following the outbreak of pandemic in Iran, thousands of Afghan refugees returned to their country. Many officials in Kabul linked the steep rise in coronavirus infections in the Afghan province of Herat to migrants arriving from Iran.

With Iran taking measures to ease restrictions in recent weeks following a drop in new infections and fatalities, many Afghan migrants in search of work are trying to return despite closed borders.

“Many of them have been taking the illegal route to travel to Iran, putting their safety at risk. The latest incident is unfortunate and it underlines the importance of finding a solution to illegal cross-border travel,” an Iran government official told Anadolu Agency.

Need to find a practical solution

A statement issued by Afghanistan’s Refugee and Repatriation Ministry said both countries should find a practical solution to prevent the illegal travel of Afghan nationals across the border between the two countries.

According to a report by Iran’s state-owned Press TV, the country spends eight billion dollars on Afghan migrants every year. However, despite that, the two countries have often been at loggerheads over the issue of refugees and their treatment in Iran.

Afghan media has often cited that racial discrimination in Iran was forcing many refugees to return to Afghanistan.