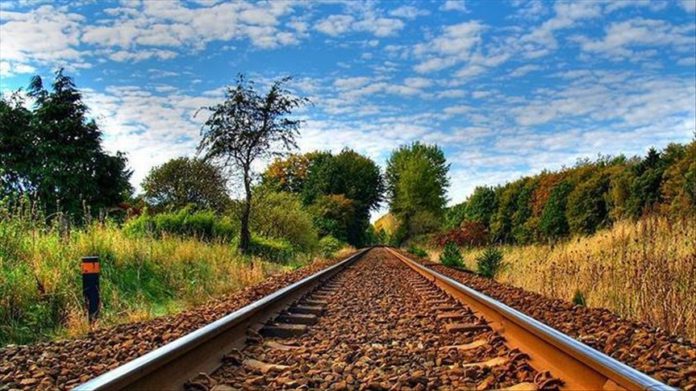 Iran and Afghanistan on Thursday inaugurated the Khaf-Herat 220-kilometer (136 miles) railroad project, in presence of the presidents two countries.

As part of the large east-west railway corridor extending to China and Europe, this new railway track connects Iran’s eastern city of Khaf with Afghanistan’s western city of Ghorian.

During the virtual inauguration ceremony, Iran’s President Hassan Rouhani termed it a “historic day” in the relations between the two neighboring countries.

He said the rail route, which is Iran’s sixth border railroad with neighboring countries, will “strengthen the bond” between Iran and Afghanistan.

Under construction since 2007, the project worth 28 trillion rials ($700 million) consists of four sections. Three sections of the route were funded by Tehran and the fourth section by Kabul.

The three sections, covering 140 km (86 mi) from Khaf in Iran to Roznak in Afghanistan’s Herat province, were put into operation on Thursday.

Ahead of the ceremony, a trial freight train delivered 400 tons of cement from Iran to Afghanistan last week. A passenger train also took Iranian officials to Afghanistan for a meeting.

According to Iran’s Minister of Roads and Urban Development Mohammad Eslami, the railroad can transport one million passengers and six million tons of goods a year.

Rouhani, speaking through video link, said the culture and history of the two countries are intertwined, so the economy and markets should also be linked.

“Our victory is your victory and your happiness are our joy,” he said, addressing the people of the neighboring country.

“We are proud to have hosted millions of Afghans over the past 40 years,” he added.

Afghan President Ashraf Ghani in his speech expressed happiness over the operationalization of what he described as a “historic and vital project.” He hoped the project will lead to an “economic leap” of the region.

The project, which came to fruition under a tripartite agreement between Iran, Afghanistan, and India is expected to play a significant role in linking landlocked Afghanistan with Russia, Europe, and Turkey.

Tehran and Kabul have been involved in talks with three countries (China, Kyrgyz Republic, Tajikistan) in the east-west corridor to develop a long railroad from China to Europe, that passes through Iran and Afghanistan.

Taking to Twitter, Iran’s Foreign Minister Javad Zarif, highlighted the importance of this railroad, calling it a “gateway that will boost trade and people-to-people exchanges and also contribute to regional stability and development”.