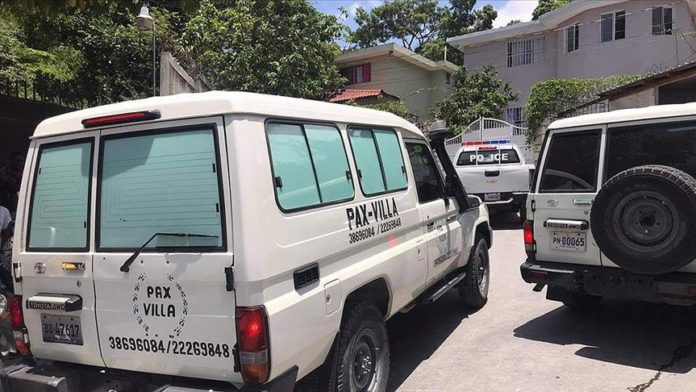 President Jovenel Moise was tortured by assassins before he was killed, according to Haitian authorities on Saturday.

Moise was tortured in his bedroom, his daughter escaped while his son and staff were forcibly silenced, Carl Henry Destin, one of the judges conducting the investigation, told Haitian newspaper, Le Nouvelliste.

Destin said Moise had fractures on his arm and right foot, according to an autopsy report.

The group that killed Moise included two Americans and 26 Colombians, according to information provided at a news conference Thursday by the head of the Haitain National Police, Leon Charles.

Officials said earlier that four suspects had been killed.

The American men have been identified as Joseph Vincent and James Solages — both of Haitian descent.

Haiti’s Ambassador to the US Bocchit Edmond described the men as “well-trained professionals, killers, commandos.”

Colombia’s Defense Minister Diego Molano said Thursday that the suspects were former members of the army.

The recent events have plunged the country into a leadership crisis.

Moise, 53, took office in 2017 after a contested election. After failing to hold elections, the opposition was demanding he step down.

One day before his death, Moise appointed a new prime minister who was set to take office this week.

Haiti is scheduled to hold presidential and legislative elections Sept. 26.

‘I was wiretapped, it was coup attempt’: Serbian leader

Turkish director to be honored at Venice Film Festival