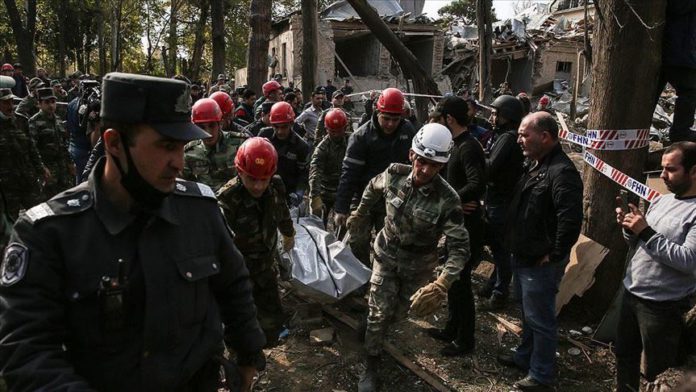 The Turkish Defense Ministry said on Sunday “international public opinion should speak up against Armenia,” referring to the Armenian army’s attacks on civilian settlements and violation of the temporary cease-fire with Azerbaijan.

“Even in a ceasefire, Armenia continues to assault civilian settlements,” it added.

Earlier in the day, Azerbaijan’s Defense Ministry said Armenia is “grossly” violating the cease-fire agreement by trying to mount attacks.