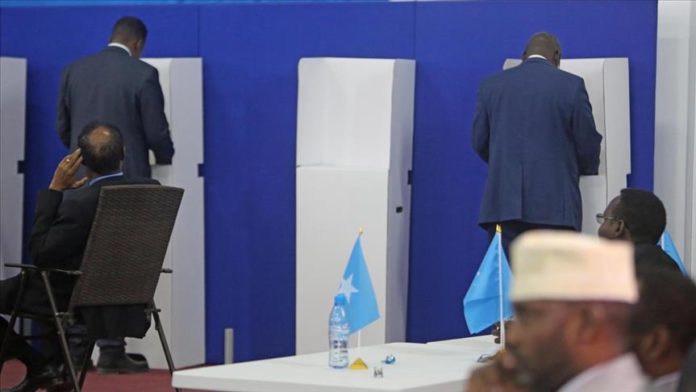 Amid an ongoing stalemate between the country’s political forces, Somalia’s international partners warned on Sunday that they will “not support a partial or parallel electoral process or any initiatives leading to extension of prior mandates.”

A joint statement urged political leaders of the Horn of Africa nation to reach an agreement to “conduct peaceful, inclusive, free, fair, and credible elections” at the earliest.

They urged Somalia’s federal and regional leaders to build on the breakthrough in negotiations last month “to implement the 17 September 2020 electoral model and proceed to elections without delay.”

The agreement reached last September was seen as a major step toward Somalia holding indirect parliamentary and presidential elections in late 2020 and early 2021.

The plan has since stalled as the country’s divided political leaders differ on how to proceed with the elections, despite President Mohamed Abdullahi Mohamed’s constitutional mandate having expired on Feb. 8.

“We see no viable alternative to implementation of the 17 September electoral model on a rapid timeline to conduct peaceful, inclusive, free, fair, and credible elections,” read the statement.

“International partners will not support a partial or parallel electoral process or any initiatives leading to extension of prior mandates.”

The global powers said Somalia’s leaders must “seize this opportunity for a peaceful political settlement leading to elections,” urging them “to make the necessary compromises in the interest of the Somali nation and its people.”

“International partners continue their efforts to bring the Somali stakeholders together. We reiterate our commitment to support implementation of the electoral process once details are agreed,” read the statement.

In a separate message, the US Embassy in Somalia’s capital said regional leaders “must stay in Mogadishu until an election agreement is reached.”

“The people of #Somalia want elections now… Failure is not an option,” the embassy said on Twitter.