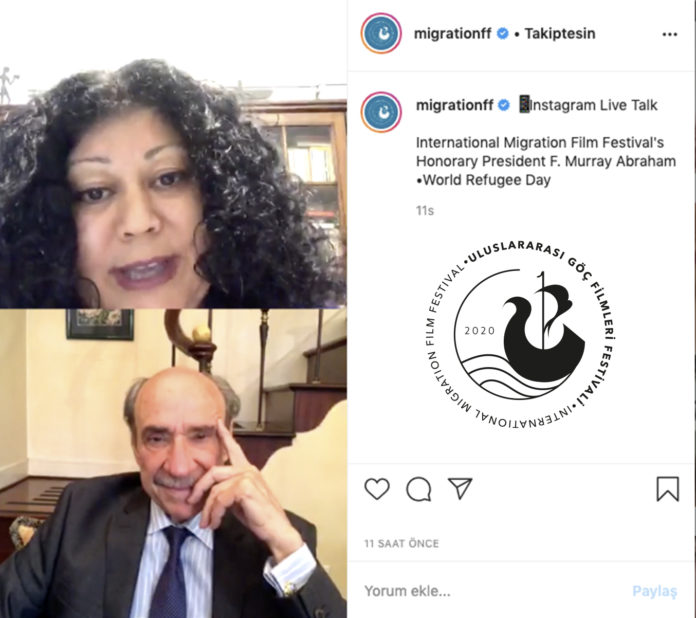 The International Migration Film Festival has been an “extraordinary success” as it showcased what refugees go through globally, according to F. Murray Abraham, the honorary president of the festival.

“There is no better way than films to show what refugees globally go through,” Abraham said in an online interview. “[The festival] deals with the word refugee from a humanitarian perspective. They also have families, lives, loves, passions, hopes, needs, fears. Just like many of us….”

Born to a Syrian-origin family in the US, the 80-year-old actor said Syria has not provided for the needs of its people due to its policies.

“Turkey, on the other hand, has opened its doors to millions of people, although it is not very easy,” he said.

Abraham called on the international community to extend a helping hand to the refugees, saying that the festival will serve as a reminder.

A total of 45 films were available for free-of-charge viewing during the week-long festival from June 14-21 at www.festivalscope.com.

The event that aimed at raising awareness on migration is ending tonight with a closing ceremony.

With Anadolu Agency being its global communication partner, the festival was supported by Turkey’s Culture and Tourism Ministry, and organized by the Interior Ministry under the auspices of the Turkish Presidency.

1 year on, US demands China be transparent on pandemic