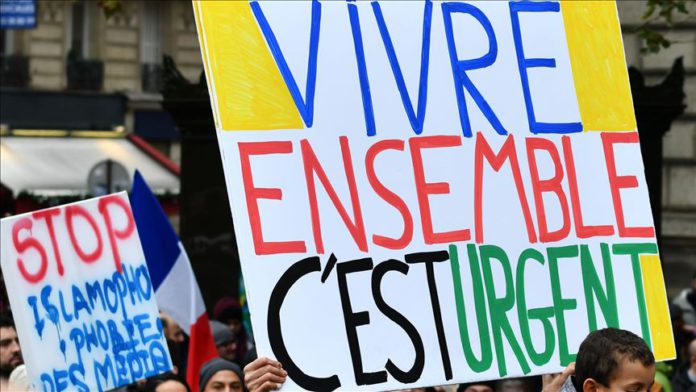 The International Jurist Union head on Monday censured the detention of four children in France over alleged terrorism charges, saying such steps would boost racism and Islamophobia.

On Thursday, four 10-year-old children – three of them Turkish descent, one of Algerian descent – were held in police detention for more than 11 hours in Albertville, southeastern France, on false allegations of “justifying terrorism,” according to interviews with their parents.

Criticizing the “unlawful” detention of children, Secretary General Necati Ceylan said in a press release that children should not be dragged into such tensions as they would be negatively affected pedagogically and psychologically, and such practices would pave way for racist, xenophobic and Islamophobic characters.

“Racist and Islamophobic discourse of French leaders were imposed on underage children, and their future would be adversely shaped by such motives,” he warned.

The top official said his organization condemned detention of children, violation of their rights, and urged French authorities to comply with laws.