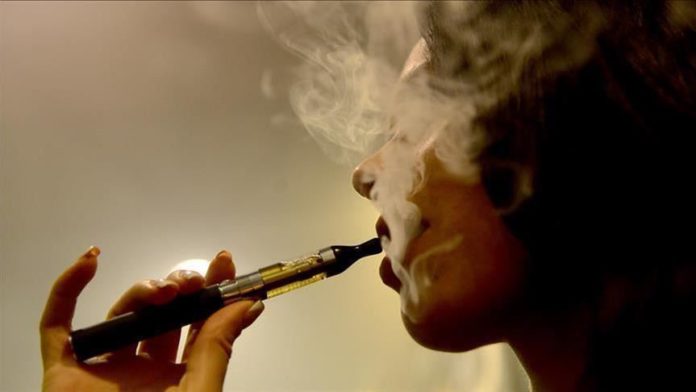 The Union for International Cancer Control (UICC) on Friday expressed concern over the rise of vaping among youth worldwide and called for stricter regulation of electronic cigarettes (e-cigarettes).

In a statement ahead of World No Tobacco Day on May 31, the group stressed the need to regulate the ingredients, age limits, and other aspects of sales and distribution of e-cigarettes.

“There is a growing body of research that shows that they are unhealthy products designed to be addictive and facilitate first-time tobacco smoking,” said the group.

It said the developments are more worrisome in light of the coronavirus pandemic that has gripped the world.

“Smoking is a contributing factor for a number of pre-existing health conditions that have been proved to make people more vulnerable to COVID-19,” said the group.

E-cigarettes had been found to have damaging effects on the respiratory tracts and the heart, it warned.

“Given the current evidence, we would strongly recommend that countries take a strict regulatory approach to e-cigarettes as they do with all other tobacco products, especially to protect young people,” said UICC chief Cary Adams.

“The ongoing global public health crisis is the result of a disease characterized by acute respiratory syndromes.”

The UICC said the e-cigarette market is multiplying, with a current global worth estimated at nearly $20 billion, up from under $7 billion just five years ago.

It also noted a documented rise in e-cigarette use among youth populations – from 1.5% in 2011 to 11.7% in 2018 in the US – and the potential for associated lung injury in adolescents and young adults.

The UICC said the growth is due to a general lack of information about the product and heavy marketing around the flavors included in vaping products.

“Because research has shown that people who vape are more likely to take up combustible smoking than never-smokers, this threatens to erode progress made in many countries in reducing the prevalence of smoking,” said the statement.

In a separate message, the World Health Organization (WHO) said this year’s World No Tobacco Day focuses on protecting children and young people from exploitation by the tobacco and nicotine industry.

“WHO calls on all sectors to help stop marketing tactics of tobacco and related industries that prey on children and young people,” said a WHO statement on Friday.