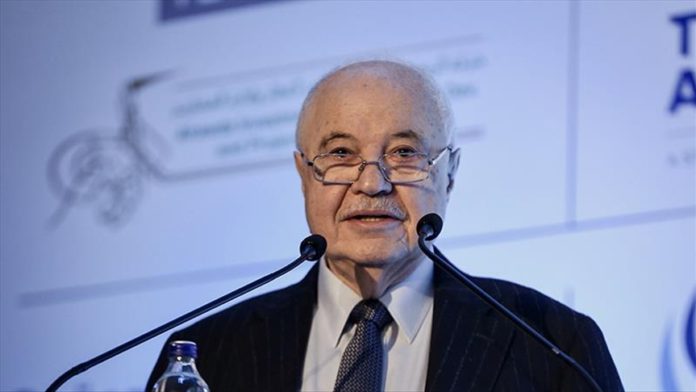 A major international economic event — Bosphorus Summit — was kicked off in Istanbul on Monday under the theme with high-profile attendance, physically and virtually.

The 11th Bosphorus Summit, organized by the International Cooperation Platform (ICP) under the main theme of “Living In an Age of Uncertainty,” is joined by academics, politicians, and experts worldwide.

Talal Abu Ghazaleh, the honorary president of the ICP, said there are uncertainties in the world related to the growing pandemic, economic tensions — such as the US-China trade issue.

Unfortunately, this conflict between superpowers, the US and China, will not end because partials’ demands are not acceptable for other sides, he underlined during the opening ceremony.

Rona Yircali, an honorary board member of the ICP, said the pandemic’s effects could not be calculated globally.

Ismail Gulle, head of the Turkish Exporters’ Assembly (TIM), said with the impact of the pandemic, a new transformation process in global supply chains has started.

“The trend towards regionalization is getting higher,” he said, saying, the most concrete example of this was seen in November last year when the Asian Regional Economic Agreement [to form The Regional Comprehensive Economic Partnership (RCEP)] was signed.

“We must accelerate efforts to increase cooperation with the countries in our nearby geography and catch the wind of change created by global supply chains.”

He noted that the most important way to achieve stability in an age of uncertainty is to change our perspectives.

He also said: “As the representative of Turkish exporters, we voice it on every platform that we diversify the export market,” and underlined Turkey should focus on the markets where it has a competitive advantage.

“Turkish exporters have big targets and our biggest goal is ‘Turkey with a foreign trade surplus,” he added.

The two-day summit will focus on several topics, such as agriculture, international cooperation, smart cities, the defense industry, China’s One Belt One Road Initiative, the finance sector’s future, and digitalization.