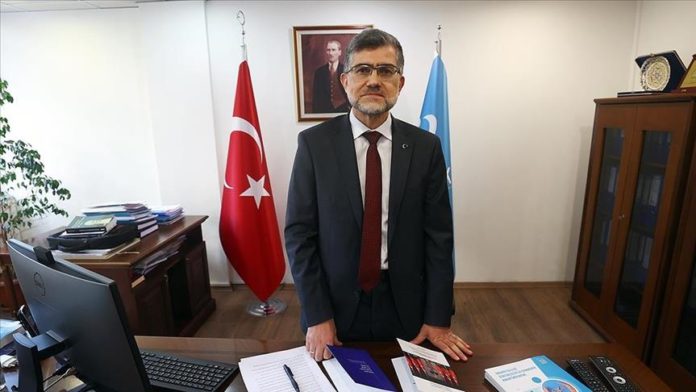 An international convention for the protection of the rights of the elderly is urgently needed, according to the head of a Turkish human rights body.

Suleyman Arslan, chairman of the Human Rights and Equality Institution of Turkey, told Anadolu Agency that currently there is a lack of an international agreement to protect the rights of senior citizens.

Arslan said violations of the rights of the elderly vary from being kicked out of their homes by their children who refuse to care for them to not being allowed to see their children or grandchildren.

Noting that the issue of the rights of the elderly was discussed at the general meeting of the United Nations’ institutions for human rights two years ago, Arslan cited research conducted in Geneva, Switzerland which pointed out that violence against the elderly is the most common form of violence in the world.

However, the claim lacks statistical data for various reasons, including difficulty in detecting unreported cases and the silence of the elderly whose rights are violated.

“The elderly do not struggle after a certain point, but they refrain, bite their tongue, or recede to nursing homes, not expecting anything,” he said.

Arslan reminded that the elderly occupy a key position in Turkish culture and respect towards them holds a significant role in the family.

“People who are raised with the notion of respecting others who are older than them gain the ability to respect all others that they see outside the family,” he said.

“If the family is not protected, it means the rights of the children and the elderly are violated, too. We cannot find peace like this. We cannot be happy,” he added.

“There are international conventions and treaties concerning the rights of people with disabilities and women. There are laws to protect them. Yet there is no regulation for the protection of the rights of the elderly; neither laws nor conventions. So we see that some things are neglected.”

Arslan said there is a need for an environment in which women and men, the children and the elderly, are in balance and can be peaceful together.

“Yet this has not been achieved by the United Nations or the European Council up to now,” he said.

Drawing attention to a case in which a couple left their elderly parents to live out on the streets, Arslan said it was an example of violations of multiple rights at the same time.

“They [the elderly couple] were crying their hearts out…But it did not take much prominence in the media as it was not regarded as violence. The case involves violence against women and men, psychological violence, economical violence, discrimination against age and many more.”

Arslan went on to say that such cases indicate a need for a law which protects everyone.

“We should develop it and offer it for the international community’s approval. This is where the future of Europe lies. Otherwise, the current path is not a healthy one to follow for Europe. I believe at this point, we are in a position to contribute to Europe with the values of our civilization,” he said.

He added that the media should promote the elderly and reflect their value to the society.

“I hope that the more we protect and look out for the rights of the elderly, women and men, the more Allah will help us,” Arslan added.

The Human Rights and Equality Institution is an Ankara-based semi-judicial institution founded in April 2016. It acts to protect and improve human rights, combat discrimination based on 15 criteria, including race, gender, age, language and belief as well as combat torture and abuse.

The institution frequently inspects nursing homes, prisons, detention centers, psychiatric hospitals, repatriation centers, temporary refuge centers and many others to detect and prevent any sort of violence, torture, abuse or violation of rights.

COVID-19 in India: ‘Focus should be to save elderly’

Nigeria: IGP warns not to use force against protesters