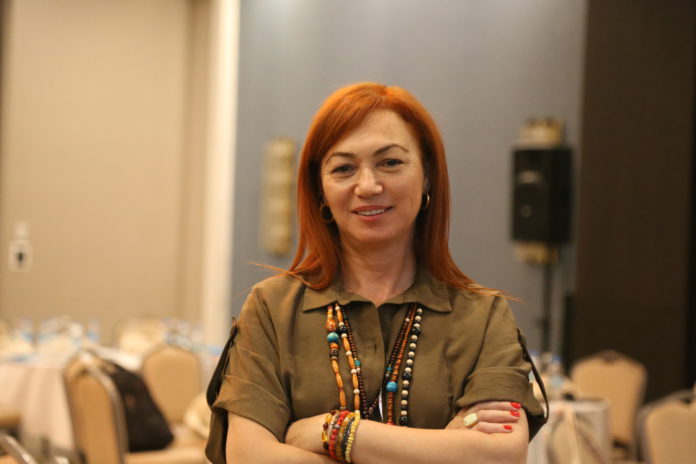 The head of Afghanistan’s High Council for National Reconciliation accused the Taliban of trying to “take advantage of relative vacuum after the withdrawal of foreign troops in the country,” and said that Turkey’s presence in the Kabul International Airport is ‘important.’

“The Taliban is trying to take advantage of that attacks,” he said, but also added that the Taliban’s gains were “temporary.”

He went on to say that the Taliban’s surging attacks are a part of their strategy to use for the negotiation table or in search for a military solution, also noting that “it will not work” either way.

*Following are excerpts from the interview:

Anadolu Agency: What do you think about Turkey’s role in ensuring the security of the Kabul International Airport while also mending ties between Pakistan and Afghanistan at this crucial moment in time?

And, personally, as a citizen of that country, I think, that’s important if Turkey place (itself) there (at the Kabul International Airport).

Anadolu Agency: What is the way forward to revitalize the Istanbul peace talks? What do you expect from Turkey in this regard?

Abdullah Abdullah: Unfortunately, they (Taliban) have not agreed with that. They have put conditions that are not viable and not rational for the Istanbul conference.

That would have been another opportunity to boost and re-energize the peace process, or the negotiations, which at the moment is moving forward very slowly, with a very slow pace.

But due to the Taliban’s position that has not happened. Different countries in the world were involved in this. The United Nations wanted this to happen. And Turkey worked together with Qatar, which is the host country for the negotiations in Taliban out there. They have an office there. Meanwhile, the negotiations started in September last year in Qatar. Qatar was also working together with Turkey but unfortunately due to that position of Taliban, negotiations, or the meeting has not taken place.

The people suffered as a result of that. And there have been a lot of casualties as well on both sides and also for the civilians in those areas.

So hopefully they will revisit their decision in that regard, and return back to the negotiating table and take negotiations seriously rather than increasing the level of violence.

Anadolu Agency: Is there any possibility for Russia, China, or any other major powers to take advantage and increase their influence in Afghanistan by taking advantage of the power vacuum following the foreign troops’ withdrawal?

Abdullah Abdullah: I would say that countries of the neighborhood, and also the wider region, which you mentioned, Russian Federation and China, have their own concerns as well about the situation in Afghanistan. Some of the terrorist groups, which are working very closely together with the Taliban, are a threat for those countries.

And there were countries which are not happy with the presence of NATO troops in Afghanistan. But at the same time, they don’t want Afghanistan to go back to the old days, or they don’t want Talibanization of their country. And they see that as a potential threat for their own security.

So that gives us the sense that, from this point onward, there needs to be more collaboration, more cooperation between different countries, rather than looking at it from the angle of competing interest.

Anadolu Agency: Do you have hopes associated with the Doha talks or other initiatives?

Abdullah Abdullah: When we started I was more hopeful. I’m not saying that we lose hope in that regard, because the alternative is not good. Alternative is worse for the people of Afghanistan.

But I do believe that the time spent in negotiations, without being further used and utilized in a much better way, especially by the Taliban and mainly by the Taliban. They shouldn’t have wasted time.

That was an opportunity for both sides to settle major part of the differences and move on towards the next phase, where Taliban’s main demand, whether it was their main demand or this was an excuse for waging war, was the withdrawal of the NATO troops, international troops, without materializing in a few weeks time.

But unfortunately, the Taliban have not taken it as such. And, in exchange, they have increased the level of violence in the country.

Anadolu Agency: Apart from the raging war, Afghanistan is clearly struggling to cope up with the COVID-19 pandemic, what do you think should be done more about this?

Abdullah Abdullah: The third wave of COVID in Afghanistan is more deadly. More contaminating, more serious, and more widespread than the previous wave.

Different countries have experienced success recently. It’s mainly related to the vaccination but all the other measures as well.

Countries and international organizations can help, sharing their experience, sometimes with technical support and support in terms of vaccines in Afghanistan.

Merkel argues for Customs Union update with Turkey ahead of EU...