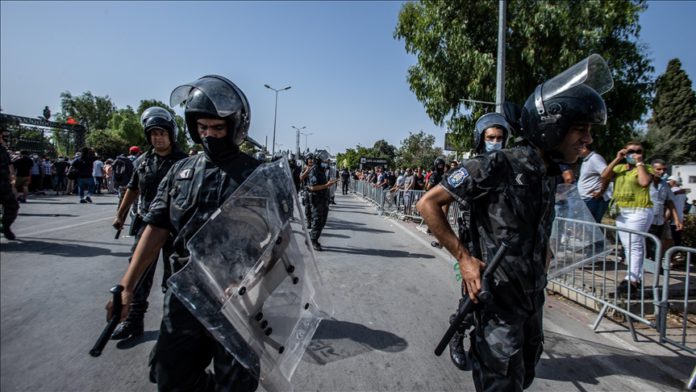 The International Jurist Union (UHUB) slammed an attempted coup in Tunisia in a statement on Tuesday.

It said that President Kais Saied’s assuming executive authority and suspending the parliament by claiming Article 80 of the Constitution gave him the authority are unlawful.

But Article 80 does not give any such authority to the president, it said, and on the contrary, stressed that Saied’s actions undisputedly constitute a “coup”.

It highlighted that Tunisia pioneered the Arab Spring in 2010 and any coup attempt will eventually fail.

“We, as UHUB, strongly condemn the attempted coup in Tunisia which violates national and international law,” according to the statement.

The group said it will stand by civilians and politicians resisting the attempted coup. “Knowing that resisting to a coup is a civic duty, we once again declare that we are against all coups in the world.”

Saied announced July 25 that he suspended all powers of the assembly as well as deputies’ immunity, dismissed Prime Minister Hisham al-Mashishi and would take executive power with a premier he would appoint.

He also declared himself attorney general.

Since January, the country has been in a political deadlock amid a dispute between Saied and al Mashishi regarding a government reshuffle that the former rejected.

Tunisia is also facing an economic crisis and a surge in coronavirus infections amid warnings of a possible collapse of its health care system.