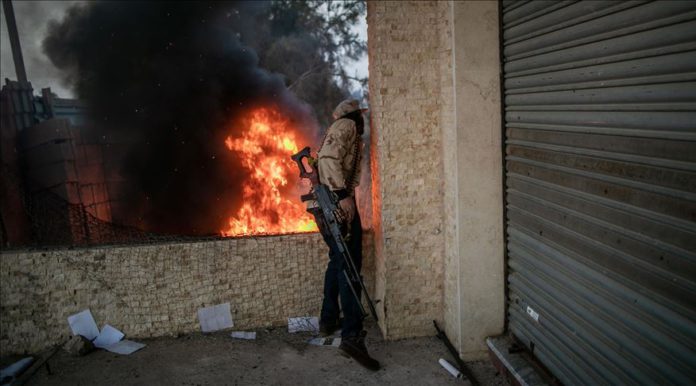 The International Crisis Group said this week that Libyan warlord Khalifa Haftar’s regional backers should press him to reconsider his decision to replace UN-backed mediation in Libya with a new political roadmap and government.

“For Haftar’s Libyan critics, his 27 April political declaration has only reinforced the notion that he cannot be a partner in negotiations. By giving them yet another reason to continue to fight him, Haftar’s latest gambit risks further perpetuating this tragic war,” said the statement.

“His allies should quickly and forcefully press him to both reconsider and commit himself to the UN-led process.”

Haftar unilaterally declared himself the ruler of Libya on April 27, claiming he had “accepted the mandate of the Libyan people” and termed the 2015 UN-brokered Skhirat agreement for a unified government in the country “a thing of the past.”

But the coup attempt by Haftar was condemned by international actors and regional allies.
Notably, although Haftar’s spokesman said a unilateral ceasefire had been announced, forces affiliated with the renegade commander attacked southern Tripoli with rockets only a couple of hours before the announcement.

Turkish FM calls for 'cooperation, not competition' on COVID vaccines