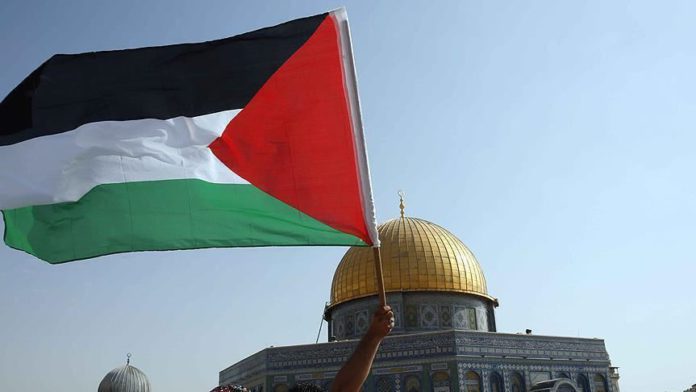 Vows of solidarity and support for Palestinians fighting Israeli occupation were reiterated in an online conference held on Friday to launch the international Al-Quds e-campaign.

The conference organized by the Al-Quds Amanati Forum signaled the start of an e-campaign to mark the 53rd year of Israel’s illegal occupation of East Jerusalem and Al-Aqsa Mosque on June 7.

More than 200 organizations from more than 33 countries will participate in online events on Sunday.

“Although the countries that attended this conference have different agendas, different problems, Jerusalem and Al-Aqsa Mosque is our common agenda and problem,” said Hasan Turan, head of the Turkish-Palestinian Parliamentary Friendship Group.

Turan said the US’ so-called “deal of the century” tried to completely eliminate Palestine, but “being silent on the occupation of Palestine and leaving Palestinians alone in this struggle is impossible.”

“More pressure must be exerted over the Israeli occupying forces, and we need more protests against Israeli attacks on Al-Aqsa,” said the cleric.

A statement issued after the conference said the e-campaign aims to highlight the plight of Palestinians through different social media platforms and expose the Israeli occupation and its violations.

It also seeks to remind Muslims around the world the need for financial and moral support for the liberation of Jerusalem and Al-Aqsa Mosque.

The statement said the campaign and all related efforts are to express support for the people who remain firm in the face of Israeli occupation and apartheid.

“We strongly oppose any kind of support or dubious relationship that supports the occupation and its presence in Palestine, as well as any attempts to justify this presence. We reiterate that Al-Quds [Jerusalem] will remain the capital of Palestine despite the efforts by the US and the Israeli occupation to falsify and distort the facts,” read the statement.

Official: Palestinian head under pressure to talk to US