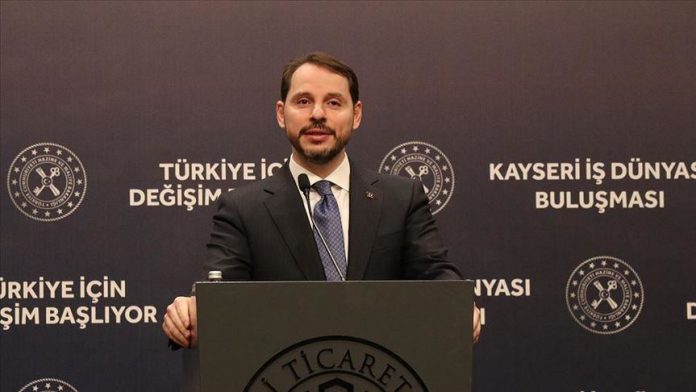 The realistic monetary policy of the Central Bank and the strong position of the state banks have eliminated the interest pressure on the market, Turkey’s treasury and finance minister said on Friday.

On Thursday, Turkey’s Central Bank cut interest rates by 200 basis points from 14% to 12%.

In 2018, the bank held nine Monetary Policy Committee (MPC) meetings as interest rates climbed from 8% to 24% over the course of the year.