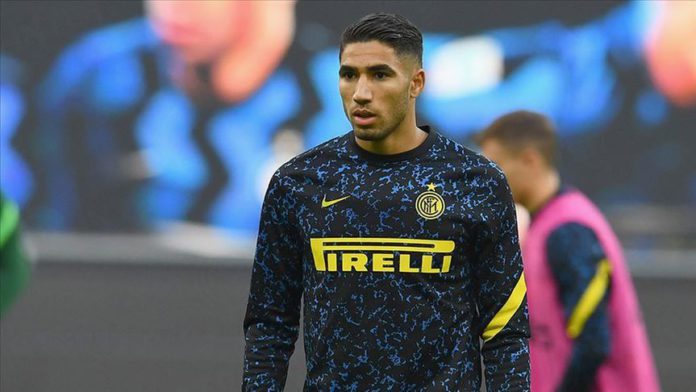 “FC Internazionale Milano [Inter Milan] can confirm that a swab test taken by Achraf Hakimi yesterday has come back negative,” Inter said in a statement.

“Hakimi, who is completely asymptomatic, will undergo another swab test today to determine his current situation,” Inter added.

The 21-year-old Moroccan right midfielder previously tested positive for the virus this week to miss Inter’s UEFA Champions League Group B match against Borussia Monchengladbach that ended 2-2 in Milan on Wednesday.

Inter signed Hakimi from Spain’s Real Madrid last month with a deal that will keep him in Giuseppe Meazza Stadium until 2025.

In addition to Real Madrid, he previously played for Borussia Dortmund in Germany.

Separately, he played in the 2018 FIFA World Cup for his native Morocco.

Hakimi scored one goal and produced two assists in four Italian Serie A appearances this season for Inter.