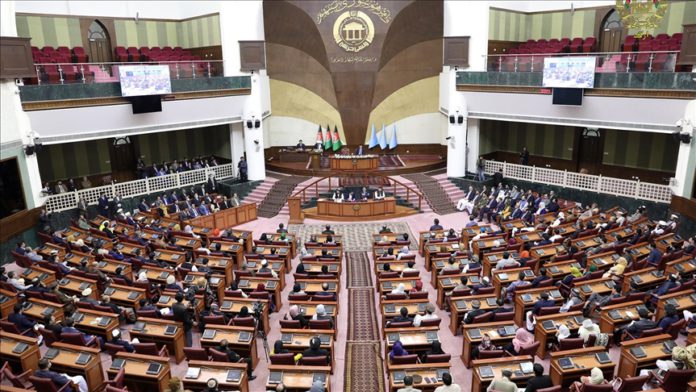 The US intelligence community concluded last week that the Afghan government will fall to the Taliban as soon as six months after the US completes its withdrawal, according to a report published on Wednesday.

The assessment, obtained exclusively by the Wall Street Journal, pushes aside more optimistic assessments made earlier after Taliban forces made significant inroads against the government in the past week.

It was developed after the American military said it is more than 50% of the way to meeting US President Joe Biden’s deadline for all American forces to exit Afghanistan by Sept. 11.

Afghan government forces are currently locked in heavy fighting with the Taliban in the key northern city of Kunduz after the group seized the main border crossing with Tajikistan. Intense fighting is also ongoing on the outskirts of Mazar-i-Sharif, Afghanistan’s fourth-largest city.

Amid the developments the intelligence community downgraded an earlier assessment that the Afghan government would survive for two years after the US exit with a timeline now of between six months and a year, officials told the Wall Street Journal.

Mark Milley, the chairman of the Joint Chiefs of Staff, downplayed the Taliban’s advances during congressional testimony, saying on Wednesday “there’s 81 district centers that are currently, we think, are underneath Taliban control. That’s out of 419 district centers.”

“There’s no provincial capital that is underneath Taliban control, and there’s 34 of those,” he said. “It is true that the Taliban are sniping at and picking off outposts, etcetera and they have seized some district centers. Sixty percent of the 81 were seized last year, and the others since the last two months or so.”

He maintained, however, that the military is closely monitoring the developments.