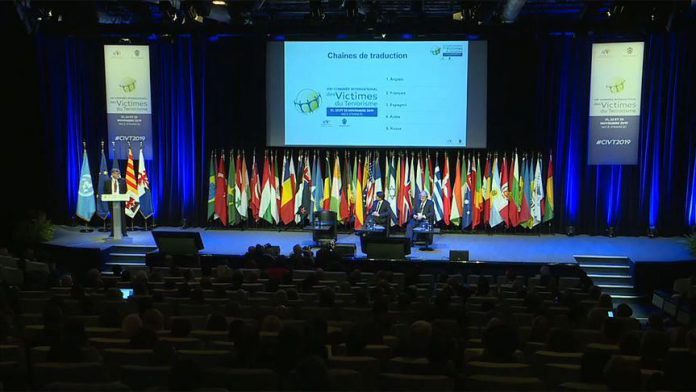 The mayor of the French city of Nice, Christian Estrosi, and chair of the French Terror Victims Association (AFVT) Guillaume Denoix de Saint-Marc made the opening speeches of the three-day International Congress for Victims of Terrorism, a joint effort by the AFVT and Nice municipality.

More than 700 participants from 80 countries, including 450 terror victims, participated in the congress, which is an important platform for the victims of terrorism to make their voices heard.