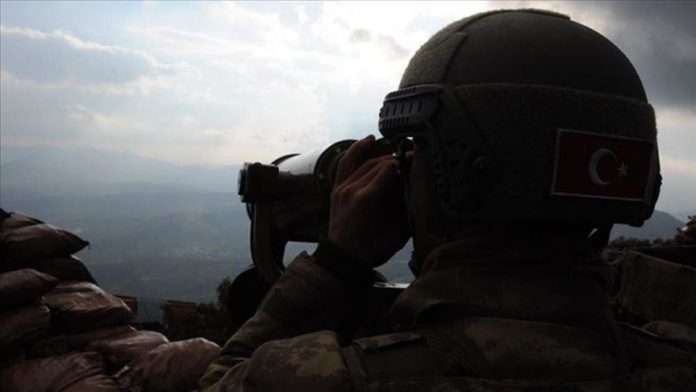 A Turkish soldier, who was injured while preventing a PKK terror attack, succumbed to his wounds, Turkey’s Defense Ministry said Friday.

In a statement, the ministry said the soldier threw a hand grenade while preventing a terrorist attack in the Harkuk region and got injured by it. He succumbed to injuries in a hospital.

The statement wished God’s mercy upon the martyred soldier and extended condolences to his family.

In its more than 30-year terror campaign against Turkey, the PKK — listed as a terrorist organization by Turkey, the U.S. and EU — has been responsible for the deaths