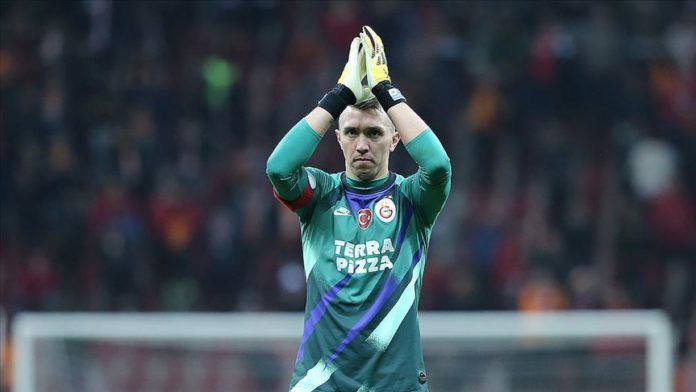 The head coach Fatih Terim and his wife Fulya Terim visited Muslera in Liv Hospital Ulus as they both conveyed their wishes and celebrated Muslera’s 34th birthday.

“He is very good also had a very successful surgery. We talked to him and his wife. Muslera means more than just a goalkeeper to us. We will feel his absence. Hopefully, he will return as soon as possible,” Terim told reporters outside the hospital.

Galatasaray Football Team Doctor Yener Ince said that the operation was successful and Muslera will return to the fields in nearly six months.

“First, the fracture should boil, and then the player should be able to play. As you can see in Emre Akbaba instance (another player of Galatasaray who was injured last year and missed more than six months), we expect him to return in six months, but it is not right to give an exact date,” he said.

Ince added that Muslera is a goalkeeper and needs to be able to do certain things and believes that Muslera would heal in six months.

Muslera, who is one of the integral parts of Galatasaray and fans’ favorite, joined the Istanbul club in 2011 summer.