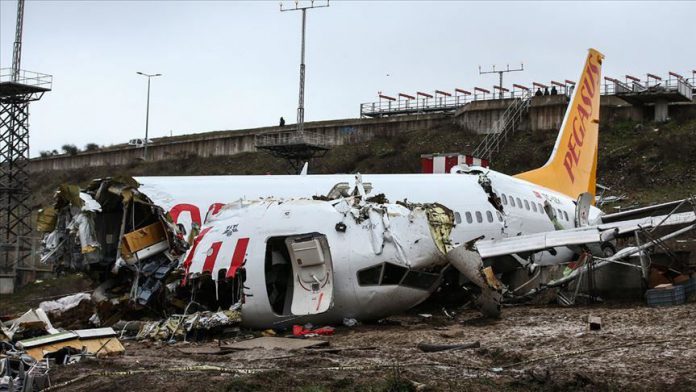 Turkey’s Transport and Infrastructure Ministry on Wednesday released a preliminary report on passenger plane that skidded off the runway at an Istanbul airport last month.

On Feb. 5, Pegasus Airlines flight PC2193 was arriving from Turkey’s Aegean province of Izmir when it skidded off runway while landing at the Sabiha Gokcen International Airport.

The pilot of the plane was arrested over negligence as three people died among the 177 passengers and six crew members on board.