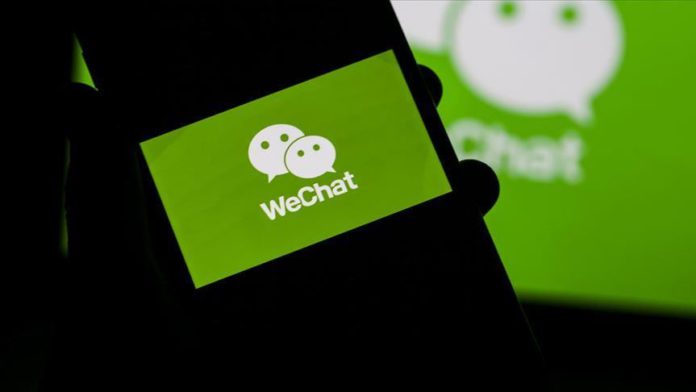 Beijing’s actions against Australian journalists may have been triggered by similar moves against Chinese journalists and academics in Australia, who find themselves in the middle of a foreign interference probe centered on a WeChat group.

Australian intelligence personnel raided Chinese journalists’ residences, questioned them, and seized their computers and phones, Chinese state media reported on Wednesday, a day after two Australian journalists left China after being questioned by authorities in a “national security case.”

“Australia flagrantly infringed on the legitimate rights and interests of journalists from Chinese media and institutions in Australia in the name of a possible violation of Australia’s anti-foreign interference law,” state-run daily Global Times said in a report.

It said the “serious political incident” exposed Australia’s “hypocrisy and double standards in practicing its so-called freedom of the press.”

According to the Australian Broadcasting Corporation (ABC), the raids in June were in connection with “an unprecedented foreign interference investigation” into an “alleged plot by the Chinese Communist Party to infiltrate New South Wales [NSW] Parliament.”

An ABC report on Wednesday said Chinese media officials in Australia were “targeted” and the visas of two leading Chinese scholars “revoked” as part of a probe by the Australian Federal Police (AFP) and Australian Security Intelligence Organization (ASIO).

According to the ABC report, the AFP-ASIO Foreign Interference Task Force was trying to ascertain whether China tried to gain a foothold in the NSW Parliament through “the office of Labor backbencher Shaoquett Moselmane, using his former staffer John Zhang.”

“The AFP is investigating whether Mr Zhang used a chat group on the Chinese social media platform, WeChat, to encourage Mr Moselmane to advocate for the Chinese Government’s interests,” the report said.

The Chinese journalists and academics became persons of interest in the probe “because they were members of the WeChat group.”

Zhang has categorically denied the allegations and challenged the investigation in court.

China’s Foreign Ministry also raised the issue on Wednesday, a day after Australian journalists Bill Birtles and Mike Smith, who were barred for some time from leaving China, were allowed to leave the country.

Chinese authorities had detained the Australian journalists in connection with a “national security case.”

Birtles, the Australian Broadcasting Corporation’s (ABC) correspondent in Beijing, and Smith, a reporter for the Australian Financial Review (AFR) who was based in Shanghai, were questioned separately by China’s Ministry of State Security before their departure.

The pair had taken refuge in Australia’s Beijing Embassy and Shanghai consulate last week after simultaneous midnight visits by Chinese officials, who informed them that they were banned from leaving China.

According to the ABC, Birtles was not asked anything about “his reporting or conduct in China,” with the questions focused on Cheng Lei, an Australian journalist working for Chinese state broadcaster CGTN who has been detained since last month.

Beijing has said Cheng remains under “residential surveillance at a designated location,” a form of detention that allows Chinese authorities to hold people for as long as six months without charge.

Another Australian academic Yang Hengjun is also detained in China since last January on suspicion of endangering Chinese national security.

It also suspended its extradition treaty with Hong Kong citing a lack of “trust and confidence” due to a new security law imposed by China in the semi-autonomous city.