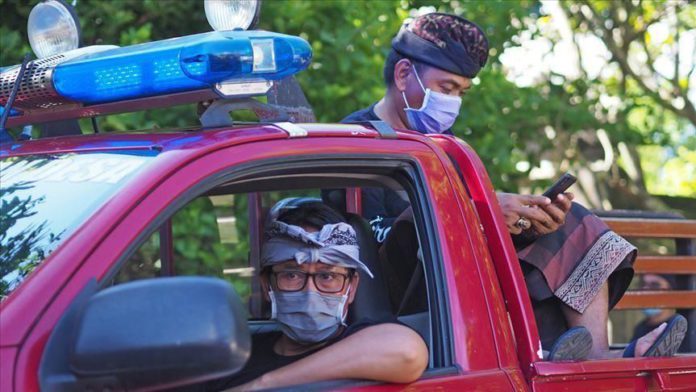 Indonesia will receive financial aid from Japan to bolster its fight against the COVID-19 pandemic, a diplomatic source said on Tuesday.

The assistance was part of discussions between Indonesian President Joko Widodo and Japanese Prime Minister Yoshihide Suga, who arrived in the capital Jakarta on Tuesday.

In the meeting at the Bogor Palace, Suga said Japan was keen to help Indonesia, now the worst-hit country in the region, in its efforts to overcome the pandemic.

Tokyo will provide billions of yen in loans to Jakarta with soft requirements and at low interest rates, according to a diplomatic source.

Widodo and Suga also exchanged views on cooperation for infrastructure development, including railways and ports.

The Japanese premier conveyed his plan to hold a “two-plus-two” dialogue between their foreign and defense ministers to strengthen security cooperation.

Suga arrived in Indonesia from Vietnam, where he met his counterpart Nguyen Xuan Phuc to discuss similar issues.

His visit to the two countries comes amid China’s growing maritime assertiveness, which has prompted Japan to seek support from like-minded countries in Southeast Asia.

Indonesia’s exclusive economic zone overlaps China’s nine-dash line, which marks Beijing’s expansive claims in the South China Sea, while Vietnam is also among the parties to the maritime territorial dispute.